Hey, I got a social disease

Twitter has emerged as a great way for string players to engage with their audiences. But if they try too hard to sell themselves they undermine the whole point of social media, argues Ariane Todes 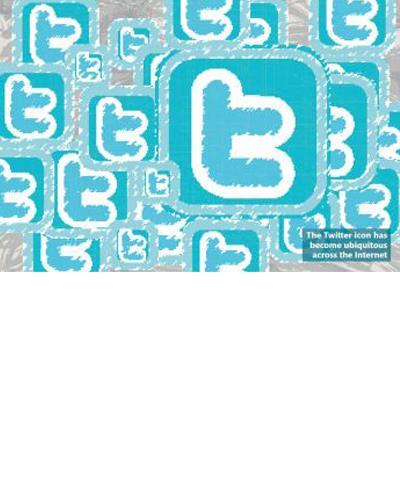 My name is Ariane Todes and I’m addicted to Twitter. Don’t worry, it’s not a problem – I can give it up any time I want. I just don’t want to. Like around 100 million Twitter users around the world, I spend a proportion of my time on my phone, work computer or laptop, connecting to people around the world who I’ve never met, but who play a stringed instrument, like The Strad, are interested in the same music as me, or have just experienced the same concert that I’ve just been to. Usually it’s just to read some idle chit-chat, often it connects me to an interesting discussion, and sometimes it even gets me to go to a concert.

Those of you whose daily life doesn’t revolve around a computer screen or a hi-tech phone will probably have a hard time understanding the point of all this downward-looking activity and feel a little sorry for the afflicted. What is the point, you ask? Well, don’t we all long for a sense of community and shared interest? Long gone are the days when you’d watch a television programme on one of a few channels and the next day everyone would be talking about it. That sense of excitement when you’ve come out of a concert is one of the good things Twitter has to offer the string world. Most of my tweets are written on the top of a bus on the way home from concerts.

More pragmatically, social media are increasingly vital tools for any string player, group, or magazine. Of course they don’t make you a better player or help you get your practice done. And it’s true that most of the top soloists in the world don’t use it, so it can’t be that absence does your career any harm. But the benefits are there for players who can have a bit of fun and want to connect with their audiences and potential audiences in a relatively safe way.

As Twitter is a new phenomenon, the rules aren’t quite set yet, and different players adopt different strategies. Hilary Hahn tweets to 7,217 followers in the guise of her own violin case, providing quirky updates on her tours and concerts and practice routines. For an even more personal angle, Sarah Chang regularly exclaims about her new shoes and airline woes, and graciously thanks her audiences after concerts. With an impressive 66,342 followers she must be doing something right. Then there are the dabblers, who have their own accounts and occasionally put something out – Gil Shaham, the Kronos Quartet, for example – but because it’s them, it’s better than nothing.

Where I find myself harrumphing about going against the spirit of social media, and taking myself off people’s lists, is where seemingly personal accounts are used by players entirely to promote themselves, without even any pretence at conversation with others, or any sense of their own personality. I’m not talking about accounts that are clearly run by record labels. Business is business and as long as the boundaries are clear that’s fair enough. Certainly, with our own account (@TheStradMag) we tread a fine line between having fun as The Strad and the pressure to be commercial, for there to be some tangible benefit to the time spent. And it is a fine line. The awareness and affection that a clever and honest use of Twitter can attract must surely translate to sales – avant-garde cellist Zoë Keating, with a staggering 1,282,633 followers, has supported a lucrative career through clever use of social media, for example. But if money is the initial intention then the innocence disappears. It’s a great thing to reach out to fans, colleagues and music lovers, and Twitter provides the tool for that, but this communication still has to be authentic and personal, just as a live performance has to be.