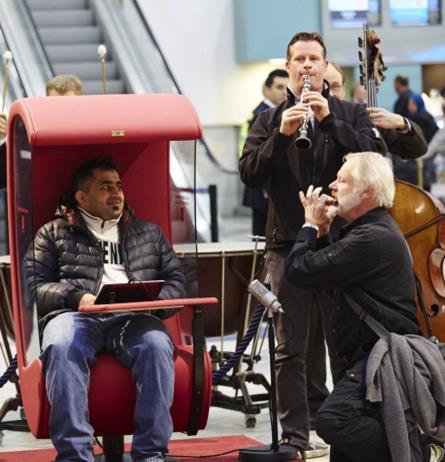 Travellers passing through Göteborg Landvetter Airport in Sweden got more than surround sound when they tried out four new ‘music chairs’ installed in the airport’s terminal building.

The chairs, which have been commissioned by the Gothenburg Symphony Orchestra (GSO), contain a sound system and screen, allowing passengers to watch filmed concerts from the GSO’s website.

The first passengers to try out the chairs at yesterday's launch got an extra surprise when the orchestra gave an unannounced pop-up performance of Also sprach Zarathustra by Richard Strauss, widely known as the theme from Stanley Kubrick's 1968 film 2001: A Space Odyssey.