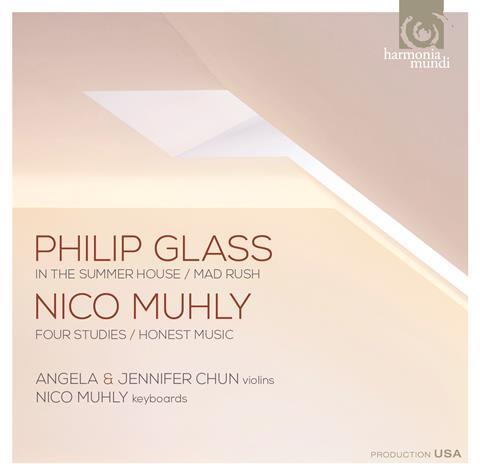 Nico Muhly dedicated his Four Studies of 2014 to the Chun sisters. He accompanies them here with chordal drones on the organ. Much of the music is slow, with the violin sound rendered lush by close, resonant recording and generous vibrato. The second study, ‘Fast Canons’, is the most animated, bouncing spikily along, all energy and bite. The last study, ‘Open Notes’, has a kind of resigned beauty. Honest Music begins as another slow burner before erupting into life, the playing rapt and intense, whether in motoric repeated notes or soaring lyrical flights full of portamentos, while Muhly provides electronic keyboard support.

The two violinists weave the rippling arpeggios, drones and extended melodic lines of Glass’s Mad Rush into something rich and magisterial, with clear textures and rich, focused sound. Glass wrote his incidental music for Jane Bowles’s play In the Summer House in 1993. The booklet notes tell us nothing of it, but the Chuns’ playing has a theatricality of its own, vivid and emotionally gripping.