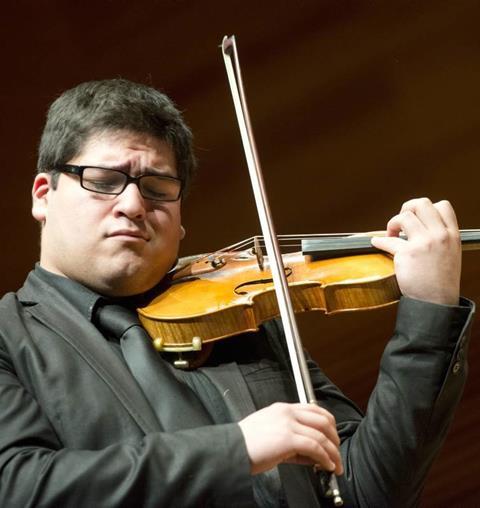 David Castro-Balbi of France has won a clutch of awards at the recent International Louis Spohr Competition for Young Violinists held at The Liszt School of Music in Weimar, Germany. The 19-year-old violinist (pictured) was awarded the first prize in category 3 of the competition, for players born between 1995 and 1993, as well as a junior-jury prize and special prizes for the best interpretation of a violin concerto, a virtuoso work and a Beethoven or Mozart sonata.

The winner of the category 2 prize, for players born between 1998 and 1996, went to French-German player Nathan Mierdl, aged 15, and the top prize in category 1, for candidates born in 1999 or younger, went to 14-year-old Sophie Wang of Taiwan.

Second prizes in all three age groups went to (from categories 1–3): Sueye Park of Korea, Anna Tanaka of Russia and Reina Shibutani of Japan. Third prizes went to Ziyu He of China, Belgian Vilmos Csikos and Latvian Eugene Chepovetsky.