The €2,800 bow had been made for a member of the Paris Opera 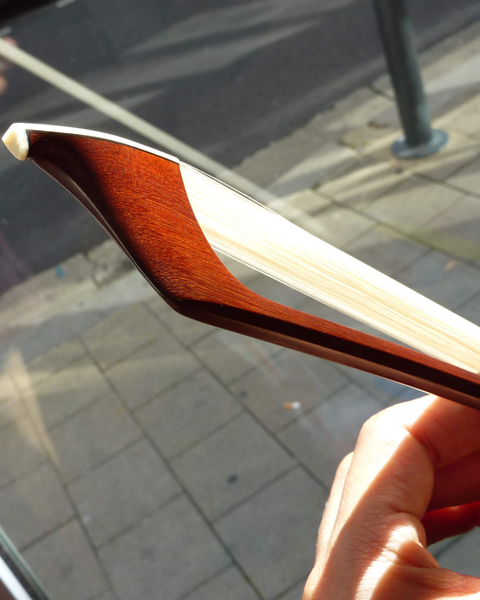 A bow sent via French postal service, La Poste, was reported lost by the company only to be auctioned at a later date, according to its maker.

Claudia Carmona, based in Angers, France had been commissioned to construct the bow, worth €2,800, for a cellist of the Paris Opera. The artist sent the bow back to Carmona for final adjustments, but it never arrived. Instead, a postal employee rang the maker to say that the package had been discovered open and empty.

Although both the bow maker and musician reported the incident to the police in Angers and Paris, the postal company would only respond that ‘the object suffered significant deterioration during transportation’, and paid the musician €50 in compensation as the package was uninsured.

Carmona believed this was the end of the affair, but 18 months later, discovered her bow on a French sales website priced at €2,900. Upon contacting the seller ? owner of a clearance company in The Gers ? the maker was told that the bow had been bought in an auction organised by Ouest Enchères Publiques, a company which specialises in reselling unclaimed objects from La Poste.

The bow maker again made a police complaint and reported her findings to La Poste, who admitted, after some pressure, that a mistake had been made in closing her case.

Carmona has now reported the incident to her lawyer who is pursuing the matter. ‘The cellist and I did everything possible to recover the bow without success so I am taking stronger action,’ she said. ‘This matter is in the hands of my lawyer Mr Menhinagic. He is in charge of the case and will take all necessary measures to regain the bow. I hope it can then be returned to the artist’.