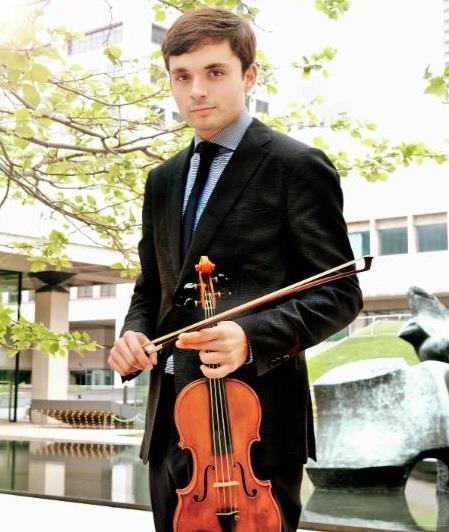 The Saint Paul Chamber Orchestra has appointed Francisco Fullana as its newest principal violin. The Spanish violinist, who will share leadership duties with the Minnesota-based orchestra's existing principal violin and artistic director Kyu-Young Kim, will also perform solo and chamber music as part of his role.

'As the SPCO has moved to becoming a primarily unconducted ensemble, the need for even more leadership from our musicians has led us to make the decision to add another principal violin,' said Kim. 'We feel very fortunate to have been able to recruit and appoint someone of Francisco's incredible artistic calibre. He passed through the audition process with flying colors and joined the orchestra for a trial period last season, culminating in an impressive solo turn in a fiendishly difficult string ensemble piece [Ginastera's Concerto for Strings] in our season finale last June.'

Francisco Fullana is currently in his second season as artist in residence for the Balearic Islands Symphony Orchestra, and has appeared as a soloist at the Kennedy Center, Carnegie Hall, the Metropolitan Museum of Art, Spanish National Hall, and Seoul Arts Center. An active chamber musician, the violinist has taken part in festivals including Marlboro Music, Music@Menlo, Perlman Music Program and Yellow Barn. He has been concertmaster of the Chamber Orchestra of San Antonio since 2013, where he is also the artistic director of COSA's Chamber Music Institute. Fullana has won top prizes at the 2015 Pro Musicis International Awards, the 2014 International Johannes Brahms Violin Competition and the 2014 Henri Marteau International Violin Competition.