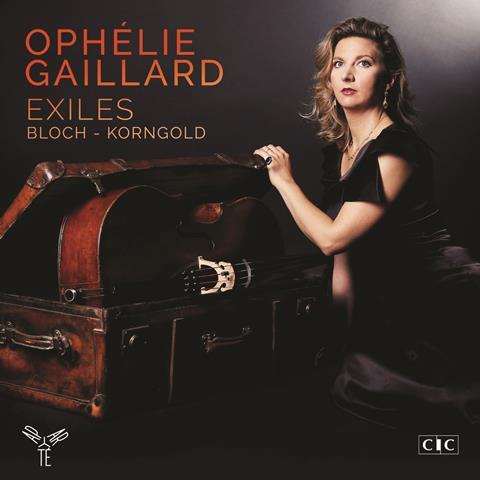 For her third album, French–Swiss cellist Ophélie Gaillard has chosen music by predominantly Jewish composers exiled from their homelands in the last century. It contains some achingly beautiful music that is an ideal canvas for her impassioned and deeply expressive playing. The musicality and emotional truth of Gaillard’s phrasing is evident right from the opening of Bloch’s Schelomo (Solomon). Her powerful portamentos swoop upwards with passion as the music warms, and both the vibrant orchestral palette and the solo cello’s final deep reflectiveness make this a most exhilarating performance.

Gaillard has an undoubted affinity with Korngold’s sumptuously beautiful music. In his Concerto, originally for the 1946 film Deception, the emotional turbulence is well conveyed, and her muted cello is practically sobbing in Pierrot’s yearning aria over the silken Monte Carlo strings. The second half of the disc uses the chamber forces of the Sirba Octet. In Bloch’s From Jewish Life the piano part is arranged for a more folky and very effective combination of clarinet, cimbalom and double bass, so that in ‘Prayer’ we find Gaillard tenderly duetting with a high clarinet.

Throughout, Gaillard’s 1737 Gofriller cello is skilfully recorded so as to bring out both the warmth of the lower tones and the taut, passionate sound in its upper range.