The artist will devote himself principally to conducting 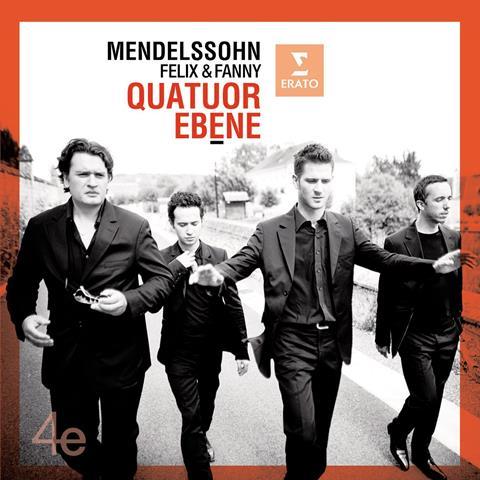 Mathieu Herzog, violist of French string quartet Quatuor Ebène, has announced that he is leaving the group to pursue a career as a conductor. The ensemble has performed together for 15 years with a diverse range of recordings on Warner Classics to its name, ranging from Mozart, Brahms and Debussy to film music, pop and jazz arrangements.

The quartet has released the following statement:

'Fifteen years have passed since the founding of the Quatuor Ebène. In our wildest dreams we had never dared hope for an adventure as rich, creative, intense, full of varied artistic achievements and fascinating encounters as this one.

'Today, Mathieu has made the decision to set sail for new musical horizons and to devote himself principally to conducting. His departure will take place over a significant transitional period, during which time we will continue to work together both on stage and in the recording studio. Thereafter the Quatuor Ebène will set out for new beginnings with a new musician.

'In fifteen years – a blink of an eye, really – Mathieu’s inspiration, dynamism, and personality have contributed immensely to the quartet’s wonderful successes. We have braved through adventurous paths and sailed exhilarating waves…

'Sincere thanks to all of those who support us,
And thank you to our audience.
See you soon at one of our next concerts!'