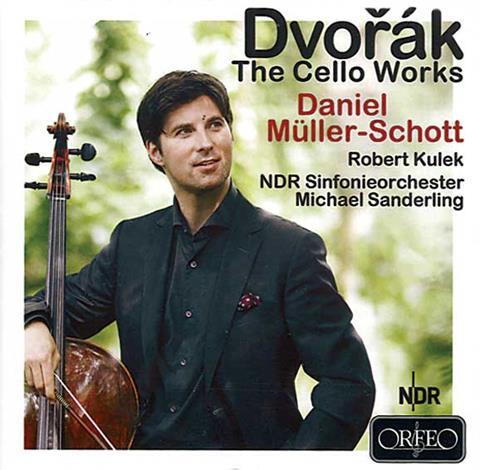 With well over a hundred recordings of Dvorák’s Cello Concerto in the catalogue – many from fine cellists – it was always unlikely that this interpretation would break new ground. Nor does it. Having said that, the favourable point for this new release, aided by a particularly warm and focused recording, is an orchestral partnership that is impressively honed and sensitive, with Daniel Müller-Schott proving both expressively and technically commanding. My only caveat is that the interpretation is a bit too earnest in some places, missing some folk-like inflection and rustic charm, for example in the more reflective sections of the finale.

Given the aforementioned competition, the couplings become crucial, and in this regard Müller-Schott has a trump card in his imaginative transcriptions of Dvorák’s four Romantic Pieces, originally for violin. The Schumannesque invention transfers particularly well to the cello, though the octaves in the Allegro appassionata are possibly better left as a single line. Müller-Schott and Robert Kulek are entirely persuasive and idiomatic in their interpretation, and also offer spirited and fervent accounts of Dvorák’s eighth Slavonic Dance and Songs My Mother Taught Me, though the unattributed arrangement of the latter piece is rather saccharine and over-elaborate. In Silent Woods and the Rondo, the NDR orchestra once again is alert to Müller-Schott’s subtle nuances, and he responds with idiomatic interpretative flair.