When it comes to education, we mustn't lose sight of music for music’s sake 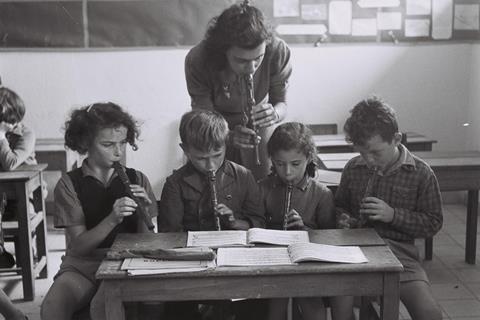 Is geography subject to this kind of nonsense?’ tweeted an exasperated friend. The trigger for this outburst (‘nonsense’ was not his actual word) was a newspaper report about a school improving its exam scores through extra music teaching. ‘Why the constant demand that the arts boost performance in other subject areas?’ It was evidently not the first such article that he had read.

There is a particular context for reports such as these that extol the educational benefits of learning music. Music education in Britain has been increasingly marginalised by government policy in recent years, threatened by cuts in public funding for practical tuition and by its deliberate exclusion as a core subject on school curricula. So when new evidence suggests that music could or should be moving towards the centre of educational thinking, its advocates are, unsurprisingly, quick to draw attention to it.

We ought, however, to consider the risks in promoting music because of its tangential benefits, even though they may be real and positive. Chief among them is the danger that those secondary benefits come to be seen, by parents and wider society if not by professionals, as more important than the central purpose of music making.

That would, for instance, mean musical pedagogy competing with other educational strategies. Rather than pursue intrinsically musical goals, it would have to evolve in such a way as to maximise its efficiency and efficacy in improving results elsewhere, or risk being shelved in favour of an alternative, non-musical approach. It also risks fostering a view that, once exams are out of the way, music as a pursuit will have served its purpose and can be given up – a point I have made before). It would truly be a perverse outcome if music education led to a diminished love of music. I do not mean to suggest this is happening at the UK school featured in my introduction. On the contrary, by incorporating music into various areas of educational activity rather than restricting it to a dedicated classroom slot, the school has introduced the idea of music as an essential part of its students’ lives – both inside and outside the teaching system. Confining music to a single timetabled period should be as absurd a prospect as the idea that sport – or indeed, geography – can be satisfactorily dealt with in school alone.

Music has a role to play in our personal development that goes beyond exam results, material reward or any other objective measure of success. It is a means of self-expression, an outlet (a playground, even) for our creativity; it offers a sense of purpose, empathy and communality with those we play with or listen to (not to mention with those who created it and have played it before us); it can help us in our contemplation of and appreciation for beauty in various guises; for some, it offers freedom, mental wellbeing and a sense of identity.

It is for reasons such as these that we should demand a place for music and the arts in our education systems, rather than using arguments we think those who would seek to exclude music will grasp. By adopting their strategy our case is made weaker and we can only ever hope to achieve a partial success. We need to face up to the fact that there are people in authority who, no matter how overwhelming the evidence, simply refuse to accept creative pursuits as the key to educational development. Our response must be to become better at articulating those aspects of music we most value but are afraid of spelling out.