Playing the violin places constant strain on the body, yet we leave posture to chance 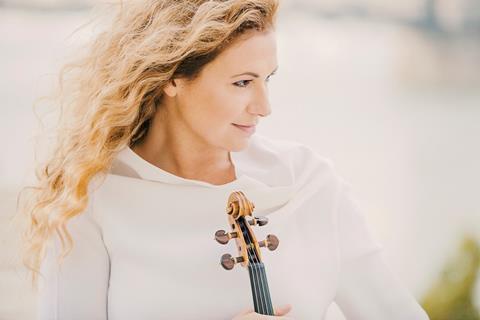 Call it an obsession, but I notice how people walk, how they stand, how they sit. When I see people, I see posture, and I feel their presence as transmitted through their body. So, it strikes me that so many violinists have been trained or exposed to teaching that either doesn’t confront posture, or indeed, teaches stance and motions that are not in harmony with natural body movements.

One could argue (and many do – given all that I’ve seen and the countless conversations I’ve had with colleagues when it comes to raised shoulders, twisted necks and ribcages, stiff thumbs, fingers and aching backs) that overall, posture is not the main priority when teaching, that sound can be beautiful and healthy even if that means fostering unhealthy movement habits, thereby allowing muscles to bear so much strain that a player is in pain. I imagine that a lot of violin teachers who are aware of the importance of posture feel that it’s not their place to help students in this way. Perhaps they might feel that it is too intrusive to have such a holistic approach to playing.

We have all heard stories of established musicians who have had their careers come to a halt due to issues of physicality – from muscle strain and burn-out to chronic pain and focal dystonia. I know this all too well, having experienced it firsthand, as well as having close friends who, like me, learned their lesson the hard way. The ability to perform well and for great lengths of time is almost entirely dependent on “intelligent” muscle performance and a calm mind, free from physical anxiety and stress.

My approach to teaching “intelligent” muscle performance is sometimes seen as a novelty. I vividly remember one particular time when I was teaching a student how to use a yoga ball to self-massage – thereby simultaneously “teaching” the motor cortex to let go of muscles that are, seemingly, in a perpetual state of heightened tonus. Students from other classes were opening the door and peeking into our lesson, their mouths widening in surprise. In violin circles, it continues to be taboo to speak freely about how unhealthy the act of violin playing really is. The assumed position required to perform is far away from the body’s natural stance, and the strain placed on a player’s muscles is immense.

It appears that showing vulnerability when it comes to sustaining injuries as a violinist is seen as a sign of incompetence, something that diminishes the player. Many times, violinists prefer to sight accidents and burn-out as the cause of an enforced “time-out”, rather than admit to needing to reevaluate and review the very essence of what they do, which is move.

Playing the violin is equivalent to being a professional athlete, except we violinists don’t acknowledge this, and therefore, as a rule, spend far too little time looking after our bodies. We spend hours a day practicing. When doing this, we repeatedly place our arms in a forward position, creating a static position in the left shoulder and repetitive movements in the right arm and left hand. Assuming that any player had optimal posture and a clear knowledge of the biomechanics of the body, they would need hours of physical conditioning and stretching to balance the tonus in the body produced by hours of playing. The exercises needed would involve movements that are opposite to the ones violinists perform daily. Unfortunately, most of us don’t do any such exercise, leaving us in differing stages of physical dismantlement.

An unfortunate thing happens to young children as they transition into mobile independence—they take on the good and bad physical habits of the adults they see around them. They passively learn how to be (or not be) in their body. For example, a father walks, mainly, with his weight on the inside of his right foot and raises his left shoulder as he walks. His child will inevitably take on these traits. What follows is that moment when a child begins to attend school and the first of many teachers commands, “Sit still!”… The worst habit of all is not moving, not breathing, compounding that already misaligned spine, pelvis, those hips, ribs, and so on. Sitting still solidifies bad habits, and this has inspired movement therapists to claim that “sitting is the new smoking.” Sitting still in a misaligned position not only stresses muscles, tendons, ligaments and so on, but squashes organs, leads to poor blood circulation and disallows the body to function as the miracle that it is. And so begins the tragedy that is the modern gait.

But what of those individuals whose bodies are able to compensate and whose ill posture does not cause the kind of damage that the player can feel? To my mind, the ideal body alignment is central to the production of sound, the ability to perform with dazzling technique and assuredness, and (though this should speak for itself) a feeling of joy when performing.

In an attempt to alleviate this physical stress, I’d like to offer a suggestion: Imagine that the right arm is a garden hose through which water is running. For the water to run in good measure from the muscles around and along the shoulder blade through the arm to the hand and fingers onto the bow, the hose has to stay in such a way that no knots occur. The hose cannot have kinks, especially in places such as the wrist. If there is a kink in the hose at the wrist, the water is going to run out onto the floor. It will not make its way to the fingers where it can sprinkle the flowers of sound on the neck of the violin.

There can be nothing of greater importance than ensuring that great musicians continue to make great music until the very last moment of their lives, living their passion for music until their last breath. We must ensure that we do not cut such objectives short through easily avoided, basic mistakes. Zoom out and observe the complete picture. When we play and teach, let us set the frame of the big picture straight. Our bodies will thank us for it, our playing will ring more true, and we will be in tune with the instruments which give us life.

Gwendolyn Masin’s latest album, Flame, of works by Ravel, Debussy, Szymanowski, Fauré, Messiaen and Stravinsky, was release in November 2017 and is available now from Orchid Classics