Music critics should be more tolerant of individual interpretations

Reviewers with too prescriptive a view on how a piece of music should be played miss a fundamental point: that performers are entitled to their own artistic vision, says Toby Deller 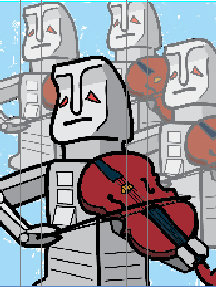 I don’t suppose there are women in Barcelona today who resemble the contorted, disproportionate figures of Picasso’s Les demoiselles d’Avignon any more than there were in 1907 when he painted them.

But to use this as a criticism of him would be as wrongheaded as the portraits appear to be.

Picasso’s group portrait (the title refers to a Barcelona street, incidentally) often comes to mind when I read dismissive reviews of concerts.

Typically, such admonitions will include such words as ‘careless’, ‘immature’, ‘misguided’, ‘flawed’ and ‘wrong’. The writer might claim that a performer has misunderstood the composer, failed to capture an essential quality of a score or betrayed a work’s inherent style.

And indeed, from one angle, the performances in question may well seem badly realised, just like Picasso’s painting. But how much, I’m often left wondering, does an obsessive focus on apparent faults prevent the critic from making more astute insights?

Whether or not Picasso was deliberately setting out to shock with his painting, it is fairly clear that he wanted to explore new artistic possibilities – new for him, for the art form and for the subject matter. Who is to say that musicians should not do the same and become artists in their own right?

When it comes to music, the obvious equivalent of the painter is the composer: the instigator of the work who conceived the idea and put pen to paper to bring it to life. But since musicians play a crucial creative role (in France, the word création is even used for ‘first performance’), we should not be surprised to find them exploring it in ways we might not have imagined.

Admittedly, the temptation to feel proprietorial over music is understandable, particularly when you believe you know it well and can back up your beliefs with academic certificates or years of experience in the concert hall. But for all the nervousness at seeing beloved works in the hands of others, feeling proprietorial is not the same as actually owning. That means having to resist the urge to restrict access and regulate expression – and instead, to expand the capacity for tolerance.

I like to think of individual pieces of music as buildings left for us to inhabit. Some of us will be happy to stand back and let the elegance of the structure speak for itself; some will want to appreciate the contrasting textures of its design and construction up close; others to look for hidden corners. The only restrictions are the physical and material limits of the building, not the whims of caretaker or landlord.

Correspondingly, our musical interpretations are governed by aesthetic choices rather than anything more prescriptive. That means accepting that the search is not always for perfection, for the ideal rendition of a score. Even the keystones of classical music performance like intonation and ensemble are up for grabs.

It’s quite possible to imagine times when playing out of tune would be the right aesthetic choice, for example, or when two instruments playing in unison would not want to use the same phrasing. Our use of vibrato is not necessarily dictated by research into performance practice, but might be from our preference for a different colour that day; our choice of bowing and bow stroke too.

We may echo the sound of the Hardanger fiddle when we play solo Bach, our Debussy Quartet may sound more wintry than others, we may push the folk elements in Enescu’s Third Sonata to a point well beyond what the composer himself ever played. And so on.

Experiments in musical performance may not always work, but it is also true to say that what sounds bad today may not sound bad always, and may not have always sounded bad. But more than that, criticism that fails to acknowledge a broad artistic context, not least when it resorts to denunciations and questioning artistic credentials, risks misunderstanding a fundamental part of the musical enterprise.

Read Andrew Mellor's article: Is there a 'right' way to play Sibelius?

The Strad's June 2015 issue is out now. Subscribe to The Strad or download our digital edition as part of a 30-day free trial. To purchase single issues click here.