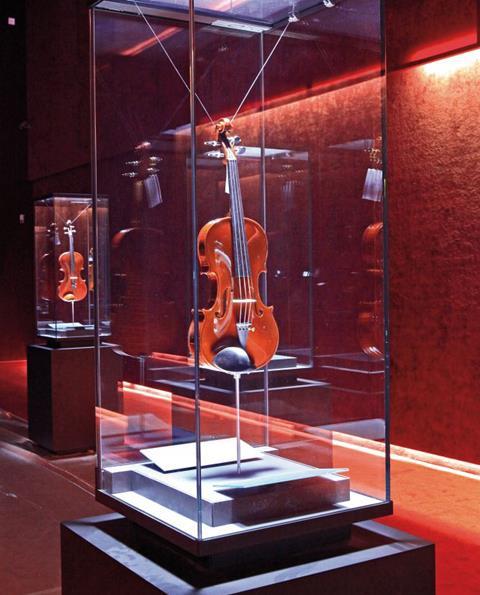 Cremona's new Museo del Violino will celebrate its public opening this September with a month-long festival of concerts, workshops and exhibitions. The festival launches with an inauguration concert on 14 September by the Lucerne Festival Strings and violinists Arabella Steinbacher and Daniel Dodds, before the museum opens its doors to the public on 15 September.

Among the other artists performing during the festival are violinists Renaud Capuçon and Dan Zhu, the Amati String Trio, and the Stradivari and Guadagnini quartets. All the concerts will take place in the museum's 450-seat auditorium, which was designed in collaboration with Yasuhisa Toyota, the acoustics engineer whose previous projects have included the Walt Disney Concert Hall in Los Angeles.

The museum's first temporary exhibition brings together 23 instruments from the collection of the Chi-Mei Culture Foundation in Taiwan, and includes violins made in Cremona, Milan, Turin, Parma, Mantua, Modena, Ferrara, Venice, Florence and Rome. The exhibition runs from 21 September to 13 October.

The Museo del Violino is housed in the redeveloped Palazzo dell'Arte, a building that was constructed in the 1940s. The museum brings together Cremona's important collections of classical violins but also includes collections of instruments by 19th- and 20th-century masters as well as instruments by the winners of the last 13 editions of the Triennale violin making competition. In addition, there are galleries devoted to the origins of the violin, violin construction, and Stradivari's workshop tools, moulds and drawings.

The Palazzo dell'Arte building also houses the Cremona campus of the Politecnico di Milano, with research facilities including laboratories and an anechoic chamber.

For more information about the museum and the programme of events and exhibitions, see the special Cremona supplement to The Strad's September issue. You can subscribe to the magazine here.