Performing as a soloist with an orchestra can be a nerve-wracking experience, particularly for competition finalists who have very little rehearsal time, Hannu Lintu tells Pauline Harding 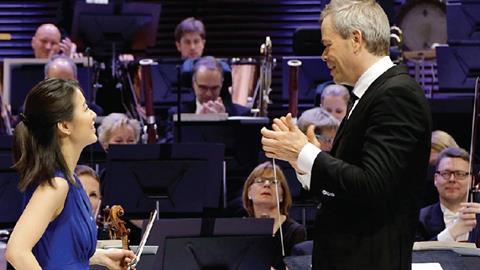 The following interview with conductor Hannu Lintu is published as part of a larger feature on how to prepare for competition concerto finals in The Strad’s May 2017 issue, out now – download on desktop computer or through The Strad App.

I’ve conducted at the final of the International Jean Sibelius Violin Competition twice, and the Joseph Joachim International Violin Competition once, and have noticed that all winners have one thing in common: they understand that a concerto performance is something that is done together. When Pekka Kuusisto, Alina Pogostkina and Nikita Boriso-Glebsky came to the Sibelius Competition, I was sure that they would make it into the finals, and almost certain that the were going to win (all of them did), because they had this incredible skill of communicating with the orchestra.

Often there is no chance for the competitor to meet the conductor before the first rehearsal. Many competitions make a mistake here, and it can be disastrous: it’s important to discuss transitions and tempos, and for the conductor and soloist to get to know each other’s personalities. Instead, there’s half an hour of rehearsal time to solve all problems in front of the orchestra. That means we try to play as much as possible, so that the orchestra can get used to how each soloist plays, their tempos, their sound and any balance issues there might be. Everybody needs to be communicative, both musically and socially.

In competitions, the orchestras and conductors always want to help. If my interpretation differs from a soloist’s, I’ll try to keep my mouth shut and do my best. When the competitors really want to be free with their interpretations, it isn’t always possible to do what they want: many are used to playing with pianists who can follow every detail, but the orchestra is a heavier instrument, and there are things that cannot be followed instantly. It can be difficult if they rush or drag unintentionally, but if they are musically strong and charismatic, and change tempo or take freedoms based on logical musical thinking, it can be very rewarding. In the real world, outside the competition circuit, there can be heated discussions, but the problems are almost always solved. I have parted as friends with most of the soloists I’ve played with.