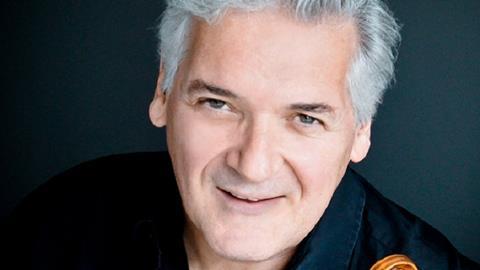 Virtuoso violinist Pinchas Zukerman speaks about the importance of developing early independence, as both a musician and a person, in the interview below. Zukerman speaks more extensively about his teaching philosophies in The Strad's September 2016 issue – download on desktop computer or through The Strad App.

'A former student of my wife Amanda Forsyth decided to start a morning cello class for two, three and four-year-olds. This wasn't Suzuki - it was about real music. She asked me if I would play to the kids, so as an experiment I performed a three-and-a-half minute Sarabande by Bach - no nursery rhymes this time - and when I finished there was a silence that you wouldn't believe. Then is sweet little blond guy of about three said, “I'M ON FIRE!!!† It was absolutely beautiful!

This isn't to say that Suzuki can't be a good start, but it doesn't help with the next stages of development, when the child is six or seven and they have to start learning how to read and spell. You can't just learn by rote or by ear. And especially if the child doesn't have a natural ear - if they require aural training - Suzuki is really not going to help at all. Of course, it is a good system for establishing a musical relationship between parent and child because they can learn the steps together, but after six or eight months, that's enough and the child has to learn to think for him or herself.

I would definitely rather teach a child without a parent in the room - although sometimes it's very difficult to convince the parents of that! I want to be able to treat the student in a mature way, and to establish a relationship, and that's very difficult with the parent present. When I first started learning the violin, my father came with me, but my teacher asked him to leave. Although my father couldn't believe it, I came on my own to the next lesson - walked on my own to the teacher's house - and it established independence.  This is why we have schools. The parents don't sit in the classroom, do they?

The first time I left home when I was 13, I flew all the way from Tel Aviv to New York. For the first six months, maybe seven or so, I was a miserable little boy. I didn't know what had happened to me. But at the same time I learned so much of what I still put into practice today - especially about relationships. It was only when I hit the bottom psychologically and emotionally, that I developed a true understanding of life.

Nowadays when my students speak to me, they do so as a teacher, but also as someone that really understands why, and what it is you have to do to become a better player, a better musician, a better person.'

Read the full Pinchas Zukerman feature in The Strad’s September 2016 issue – download on desktop computer or through The Strad App.