The 30-year-old has signed a four-album deal, with his first release due out in 2015 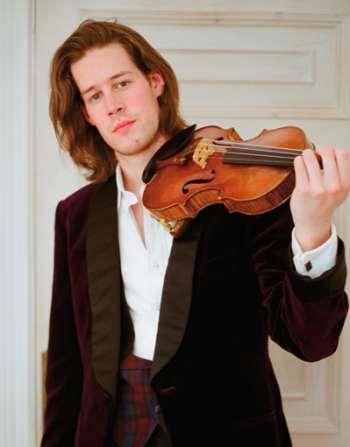 British violinist Thomas Gould has signed a four-album deal with Edition Classics. The 30-year-old, who is well known to British audiences as concertmaster of the Aurora Orchestra and as associate concertmaster of the Britten Sinfonia, will first release Beethoven’s Violin Concerto coupled with Vaughan Williams's The Lark Ascending in spring 2015. The recording will take place at a concert with the Sinfonietta Riga at The Great Guild Hall in Riga, Latvia on 11 April 2014.

The violinist appeared on composer Nico Muhly’s 'Seeing Is Believing' album with the Aurora Orchestra in 2011 for Decca, performing on six-string electric violin, and on composer Christopher Bell’s 'Celtic Twiligh't album with the Emerald Concert Orchestra in 2009. In 2013 he performed on ‘All Hands on Deck’, an album of pre-war swing tunes, praised by The Strad for his ‘wonderfully laid back’ and ‘infectiously alluring sound’.