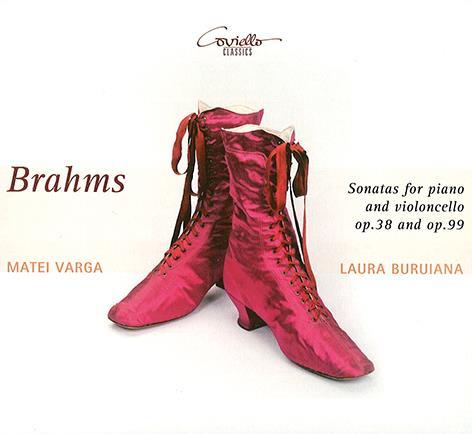 Performers who record such well-known repertoire as the Brahms cello sonatas at the start of their career should be certain that they already have something remarkable to say about these works. Unfortunately, despite some adept lyrical playing, Romanian duo Laura Buruiana and Matei Varga do not always convince us that they do – at least in a positive sense.

Indeed, they present a distinctly odd rendition of the E minor Sonata, one in which phrases are curiously broken up just when lower notes need to connect to higher ones, for example in the arpeggio figure in the first movement’s exposition. In the fortissimo passage of the development we are often left stranded, with the high note of the spread arpeggios and insufficient strengthening of the lower notes creating a jabbing sensation. The minuet has some good characterisation, though the chromatic descending passage in the second section requires more sense of line. This tendency to leave notes stranded recurs in bars 40–42 of the finale, where the leaps between different registers needs to be more related.

Equally in the F major Sonata there should be a greater sense of line across the heroic opening phrase, and more shape to the first subject of the finale. There are other times when the expression is convincing, for example in the poetic Adagio affettuoso, but even here the performance is let down by a recorded balance that tends to favour the piano at the expense of the cello.