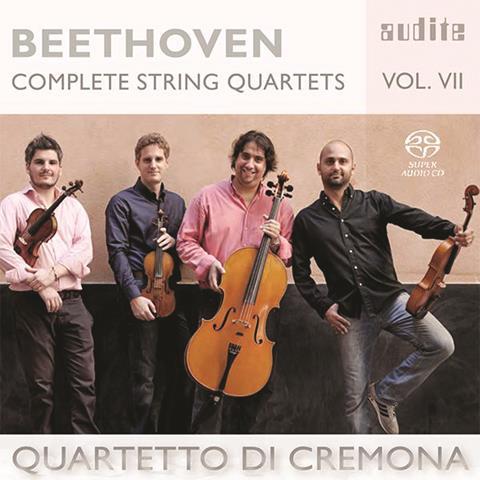 Recorded in a warm, open acoustic, the striking range of sonorities created by the Cremona Quartet fall easily on the ear. Technically and intonationally clean as a whistle, these performances go way beyond mastering the notes themselves as part of an insatiable quest for what lies in between and behind them. Although played at contemporary pitch on modern set-ups, the sense of nothing being taken for granted, of avoiding the cantabile interpretative easy way out, and an almost complete absence of 19th-century rhetoric is more redolent of period-instrument semantics.

Op.18 no.2’s classical elegance and good manners earned it the nickname ‘Komplimentierquartett’, a reference to the formal gestures exchanged while dancing. Yet if the general tendency is to play it as though at a masked ball, here all pretence at disguise is removed as the four players intertwine with playful, effervescent charm. No less memorable is the way they gently intensify and relax the musical tension in the introduction to op.59 no.3, so that it feels like a musical metaphor for the entire work.

Yet perhaps the greatest revelation arrives with a scintillating reading of the finale, in which the hurtling semiquaver counterpoint is experienced as a shimmering sequence of pyrotechnical wizardry.