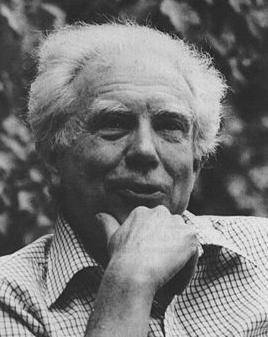 US composer Elliott Carter has died at the age of 103. Known for his difficult, uncompromising works, he penned five string quartets during a career that spanned nine decades. The second and third quartets won Carter the Pulitzer Prize for Music in 1960 and 1973.

Born in 1908 in New York, Carter studied composition with Nadia Boulanger in Paris in the 1930s. His early works were influenced by composers such as Milhaud, Honegger and Prokofiev but his 1948 Cello Sonata signified a turn away from populism and towards his later complex style. With this and other contemporary works he attempted a synthesis of European composers’ styles with those of US ultra-modernists, such as Ives and Nancarrow. His fast-moving String Quartet no.1 (1950–51) displayed the influence of both those composers, as well as Bartók and Berg. The composition attracted attention from America’s music critics and paved the way for further experiments during that decade.

Carter’s Second Quartet marked another change in his style, embracing dissonance and unpredictability – the composer instructed the four players to sit as far as possible from each other, to make it seem as though they were playing four different pieces at once. The Third Quartet (1971) has a ‘layering’ quality, in which the quartet is split into two duos, with two sets of music overlapping each other. The idea is explored further in Carter’s Symphony of Three Orchestras (1976–7).

Both the Second and Third string quartets were premiered by the Juilliard Quartet, which marked its 45th anniversary in 1991 with a concert of all four quartets written up to that point. A fifth followed in 1995. Although Carter remained highly regarded in his later years, the New York Times called his quartets ‘the most difficult music ever conceived’ in 2002.

In his later years, Carter composed concertos for various instruments. His Violin Concerto (1990) displayed a new lyricism in his writing, and in 2000 he completed a Cello Concerto for Yo-Yo Ma, who performed the premiere the following year with Daniel Barenboim conducting the Chicago Symphony.

As well as the two Pulitzers, Carter received the 1985 Ernst von Siemens Prize, the Sibelius Medal, the National Medal of the Arts and the Gold Medal of the Royal Philharmonic Society among many other awards. In 2008 he became the first composer to be honoured with a BBC Proms centenary concert while still alive.