A familiar favourite gets a high-tech update 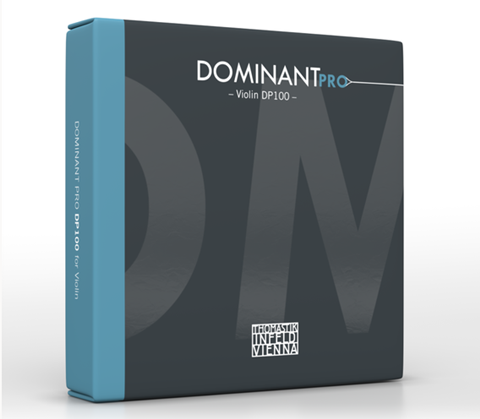 More than half a century has passed since string manufacturer Thomastik-Infeld introduced the first strings with synthetic cores. The Dominant series has remained popular with a wide swathe of players ever since, and they are now joined by the Dominant Pro violin strings, which have been designed to offer the stability and flexibility of the originals with increased power and range.

Franz Klanner, Thomastik–Infeld’s director of engineering and technology, says players familiar with the Dominant strings will recognise their timbre, stability, low tension and fast response in the Dominant Pro. ‘However, the new strings are darker and more direct than the originals, and they have a longer tonal lifespan,’ he explains. ‘We’ve combined the materials from the original Dominant strings with the soloist properties of other products in our range, like the Peter Infeld and Vision Titanium Solo ranges. It sounds straightforward, but it isn’t!’

The Dominant Pro G string features what Klanner describes as ‘a specially developed polyamide composite’ with a modified silver alloy winding. ‘Compared to the original Dominant G, this makes the string more direct and powerful,’ he says. ‘The response is improved, and the metallic component of the sound is reduced.’ According to Klanner, the similar structure of the new D string, which also has a silver alloy winding, is designed to have a comparable effect. ‘The Dominant Pro A string is the closest of the four to the original Dominant,’ he explains – both have a synthetic core and an aluminium alloy winding. ‘But the new string sounds darker and slightly less metallic, with more body and a faster response.’ Unlike the Dominant E string, a carbon steel wire with an aluminium winding, the Dominant Pro E, also a carbon steel wire, has a tin plating and a ‘sub-layer’ of nickel. ‘This means it is resistant to corrosion, has an easy response and very well-balanced brilliance and warmth,’ Klanner says. ‘It offers sufficient resistance to the bow while simultaneously feeling pleasant under the fingers.’