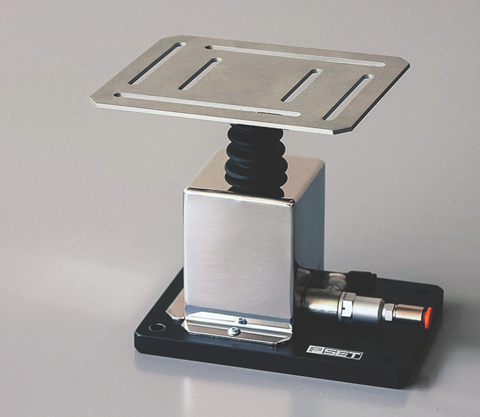 Out of thin air

A clamp-free way of holding an instrument in place

Fabio Lavelli’s first pneumatic positioners were created with heavy engineering such as welding and coating processes in mind. Now, however, he has created a smaller version suited to the needs of those, like jewellers or instrument makers, working on more intricate projects. The object – a violin, for example – is held in place against the stainless steel plate by a vacuum pump, eliminating the need for clamps and, according to Lavelli, offering users freer access to their work.

‘Once you’ve tilted and rotated the plate to the optimum position,’ Lavelli explains, ‘you can lock it in place by removing your foot from a floor pedal that controls the pressure of the air in the cables. To adjust the placement, you simply reduce the air pressure by pressing the pedal, move the plate, and remove your foot again.’ The stainless steel plate can be fitted with a specially cut neoprene cushion that protects the object being worked on without disrupting the airflow of the vacuum system.

Depending on the type of vacuum pump used, the pressure exerted on the instrument will fall somewhere between -0.4 and -0.8 bar. ‘It’s enough,’ Lavelli says, ‘to create a secure hold without applying too much force to the delicate tonewood.’ The convex form of a bowed instrument’s front and back mean that the surface area actually in contact with the plate is proportionally smaller than it would be if the instrument were a guitar, for example. ‘As a result,’ says Lavelli, ‘the set-up works best for violin-family instruments that have already been varnished, as their smoother surfaces create a better seal than those of instruments still in the white.’ 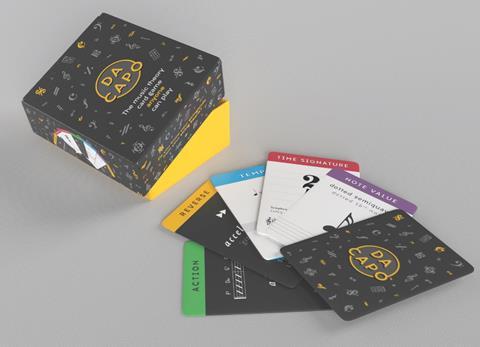 The Da Capo music theory card game is designed to be engaging and fun to play for everyone from seasoned professionals to those just starting out. Suitable for 2–8 players, it introduces concepts and terminology across 112 cards, including 3 ‘reference’ cards that may be useful for those studying (or teaching) music theory. 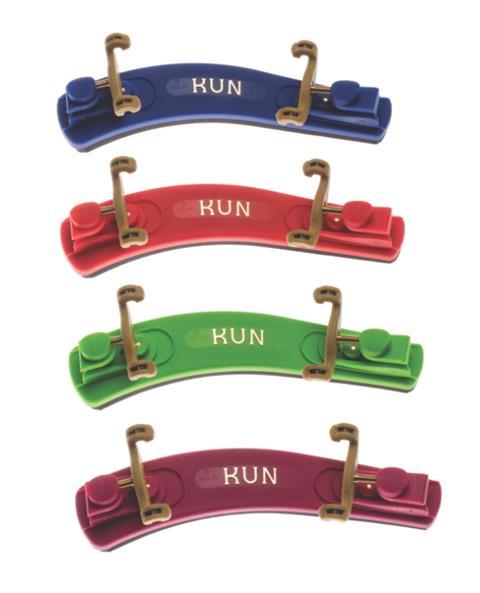 Canadian manufacturer Kun has created versions of its collapsible shoulder rests for student-size violins in four bright colours: blue moon, razzle dazzle, atomic green, and papaya. The rests have the classic Kun design but with collapsible feet that allow them to be folded up and stored more easily in smaller instrument cases.