Like riding a bicycle, mastering spiccato is all about striking the perfect balance between control and release, as these excerpts from 100 years of The Strad demonstrate 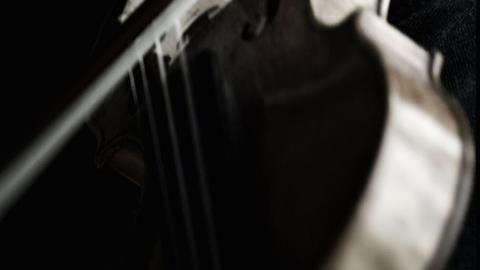 ‘The basic spiccato should be learnt as a drawn stroke rather than a thrown one: there shouldn’t be one technique for slow speeds and another for fast speeds, as is sometimes taught. One reason for this is that in passages where there is a combination of different note values, it compromises control of rhythm and tone if the hand and arm have to reset themselves mid-flight.’The Strad, March 2006

‘Spiccato is a sort of trick. You learn it like learning to ride a bicycle. For months you never acquire the art. Then suddenly something ‘clicks’ – and hey presto the spiccato is there. Often one has to warm up before one can produce the effect. But once the authentic spiccato is acquired, it is usually there for keeps.’

‘In spiccato the bow moves in a curved line that ranges from saucer shaped to U shaped. The hair touches the string at the very bottom of the curve. The main proportions to consider are height of bounce to length of bow: the higher the bounce and the less movement along the string, the shorter and crisper the spiccato; the lower the bounce and the more movement along the string, the longer and more rounded the spiccato. Because the string is soft near the fingerboard and hard near the bridge, the best proportions of height to length change depending on how far the bow is from the bridge.’

‘As soon as we hold the bow lightly and make up our minds to obey its own sweet will, confining ourselves to readily follow the swing of its own weight – we gain confidence, we notice that it is stupid to hold it back. And unless we swing the whole arm as well in perfect freedom with the swing of the bow weight, we shall hold back! What does it matter that at first our spiccato sounds scratchy and noisy! We have to learn the movement first – and not a small, but a large movement. It is the old rule – we have to go beyond the limits in order to know the limits.’

‘To consider that fairy-like bowing which is termed spiccato or, by the French, sautillé, I discovered years ago that it is caused partly by an ‘eccentric’ movement of the bow. If you consult your dictionary, you will find that I use this word ‘eccentric’ in a mechanical sense: deviating or departing from the centre, not having its axis in the centre; for example, a slight deviation from absolute precision. If, in practising this bowing, we attempt to control the bow in such a manner that is drawn at absolute right-angles to the strings, we shall discover two things of interest. One is that by employing this control we cause the bow to ‘rub’ the string, and sautillé is far removed from a ‘rubbed’ bowing; another is that we prevent the bow from getting out of the true, and so springing away slightly by its own volition.’

‘There can be little doubt that both types of spiccato [fast and slow] are much feared by the moderately advanced performer, and even advanced players often have a decided weakness in this direction. One major reason for this is the difficulty of synchronizing perfectly the movements of the right and left hand. Unless this can be achieved, even if one has a perfect spiccato, the result is bound to sound deplorable.’

‘Spiccato consists of a series of repetitive oscillating movements of the multi-jointed arm, which fling the bow bouncing on to the string. As the arm swings from the shoulder it forms a natural pendulum. We can use this property in two ways: to create a half circle at the bottom of the swing at the bow hand, and to create momentum. If the bow arm pendulum gets an impulse to swing away from the body it will return passively by gravity. Taking advantage of these properties is the basis for effortless playing.’

‘Many players have a tendency to believe that bounced strokes like spiccato are more difficult or complicated than playing along the string. This results from early experiences of playing, when playing along the string is something you do long before you play the same notes spiccato. To a beginner, sautillé or ricochet seem like advanced and difficult strokes. Yet actually, the most important aspect of any of these bowings is that the bow wants to bounce.'

‘With staccato and spiccato, their quality, accuracy and clarity depend on the feeling of the vibrations that emanate from the bow stroke. Even though the bow length is very minimal, the vibrating stick should still produce a “sizzling† feeling on the fingertips. By focusing on proprioceptivity, the success of a spiccato technique is determined by a controlled, slow bow stroke and by being sensitive to the vibrations during the split second when the bow comes into contact with the string. It is the player’s sensitivity to the feeling of that brief moment of contact that gives the spiccato its sonic presence and character.’