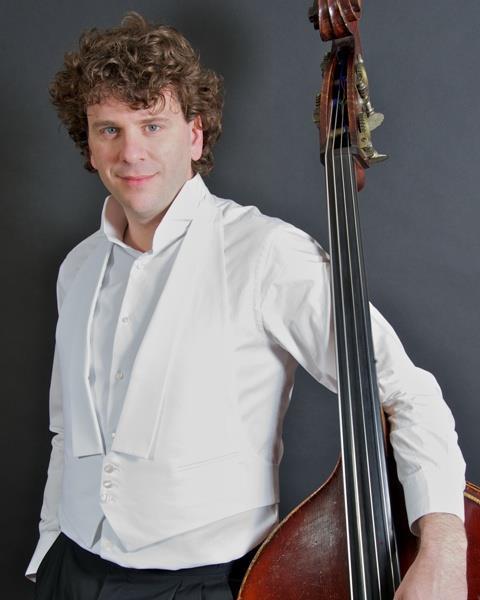 ‘This summer, I set aside two weeks to practise this piece,’ says Royal Concertgebouw principal double bassist Dominic Seldis of Tan Dun’s new concerto for his instrument. ‘Of course the manuscript arrived after those two weeks had passed. I started going apoplectic with panic at this point. There are some people who can just pick up music and perform it, but I’m not one of them!’ When speaking to The Strad in November, Seldis has the solo part but still hasn’t seen the orchestral score. ‘Having heard a lot of Tan Dun’s music, I imagine he hasn’t gone too left field,’ he says. ‘It will be Western music heavily influenced by Chinese tradition, and that’s absolutely what I wanted.’

The piece is in four movements, with a cadenza-like introduction, thematically tied by one Chinese-style melody. It lasts for around 20 minutes and is called 'Wolf Totem' after Jiang Rong’s eponymous novel, inspired by the story of wolves and their importance in the ecosystem. ‘There’s a lot of descriptive writing in the book,’ says Seldis. ‘You can almost smell and taste the countryside of China and Tibet – the mountains, the plains. The music is heavily inspired by Rong’s imagery. For example there’s a beautiful, haunting melody which makes me think of the boy in the story, looking out over the mountains and studying the wolves and how they influence everything around them: the animals, the water, the forest.’

It is accessible music, says Seldis, but nevertheless has some very challenging passages. ‘The last movement is fiendishly difficult in places. Tan Dun uses the whole fingerboard, from the end right down to the lowest note, but he does it very cleverly because it is still simple enough to be playable, and for both the musician and the audience to understand and enjoy it.’ Musically, too, there are challenges: ‘I have a limited knowledge of how Chinese traditional music is put together, so musically I’m very nervous! But I’m also ridiculously excited, because this is the first double bass concerto that’s been performed by the Concertgebouw Orchestra in 125 years, and Tan Dun is conducting. For me it doesn’t get much better than that.’

Double bassist Dominic Seldis premieres Tan Dun's 'Wolf Totem' with the Royal Concertgebouw Orchestra conducted by the composer on 29 and 30 January 2015 at the Concertgebouw in Amsterdam.