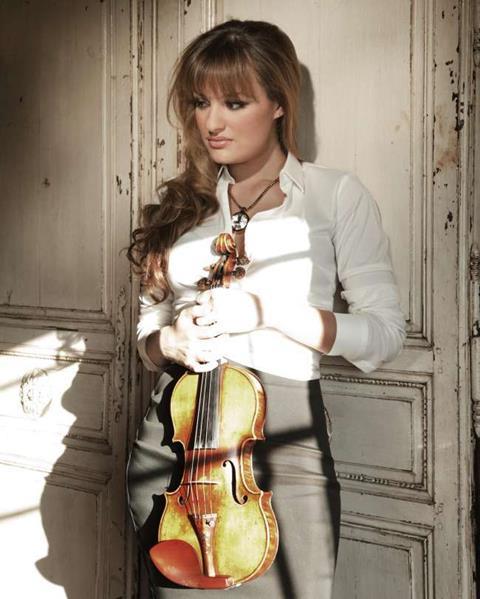 Nicola Benedetti has become the first solo British violinist since the 1990s to enter the top 20 of the Official UK Albums Chart. Her new record ‘Homecoming: A Scottish Fantasy’ was released last week on Decca Classics and is currently number 1 in the classical chart and number 19 in the pop chart. The last British violinists to notch up top 20 albums were Vanessa-Mae in 1995 and Nigel Kennedy in 1989.

‘I am absolutely thrilled to have reached the top 20, not something a classical artist ever expects,’ said Benedetti. ‘This is a deeply personal recording - inspired by Bruch's Scottish Fantasy the project took me deep into the heart of Scottish culture. I hope the music, in all its diversity, is providing some uplift and pleasure.’

The violinist’s new album is her highest-charting yet, following her 2013 release 'The Silver Violin', which reached number 32 in the Official Album Chart.

Nicola Benedetti and her Gariel Stradivarius violin of 1717 will feature in The Strad's 2015 calendar, on sale in September from The Strad Library.