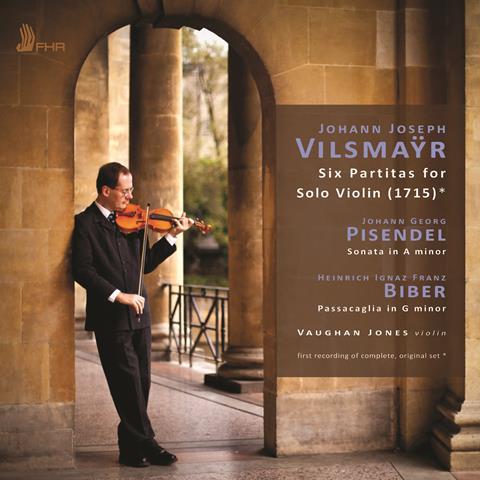 Vilsmaÿr’s unaccompanied Partitas, which pre-date Bach’s celebrated foray into the genre, include much vivacious material, although the Pisendel and Biber works included seem more psychologically substantial in comparison. The end result is a highly specialised product, and it is none the worse for that.

Vaughan Jones is a worthy advocate. There is a wonderful clarity to the sound (on modern strings but with Baroque bow), and a stylish command of the dance tempos with some really lovely articulations and trills. The ninth movement of Vilsmaÿr’s Third Partita stands out as a fine example, played with real panache, while the Prelude to the Fifth Partita is suitably soulful. Biber’s Passacaglia has an admirable sense of propulsion, and the whole product is clearly recorded.

I do have reservations. The scordatura tunings on modern strings – especially the metal top string – can result in some very odd, brassy effects that I can’t quite tune into, especially where the top string is tuned down to a C, as in the Third Partita. Otherwise there is some very edgy tuning – as in the Fourth Partita or indeed the first movement of the Pisendel – that made me wince (especially when coupled, as in the latter case, to some rather harsh and even distorted tones). While it is good that players experiment freely with ‘hybrid’ set-ups for such material, thereby subverting any kind of period-instrument ‘political correctness’, I am not wholly convinced that it works in this context.