Meryl Streep plays violin in Music of the Heart 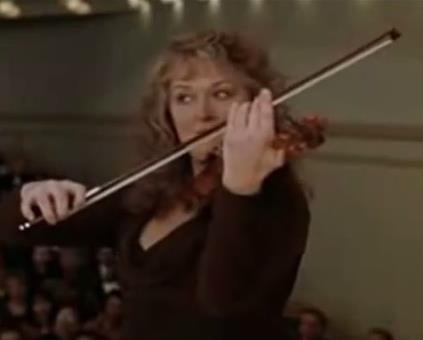 Meryl Streep proves herself not only to be a consummate actress, but a pretty decent violinist in this clip from the 1999 film Music of the Heart in which she plays real-life violin teacher Roberta Guaspari.

In this scene Guaspari and her students from the Opus 118 Harlem School of Music perform onstage at New York's Carnegie Hall - with the help of violinists Itzhak Perlman and Isaac Stern.