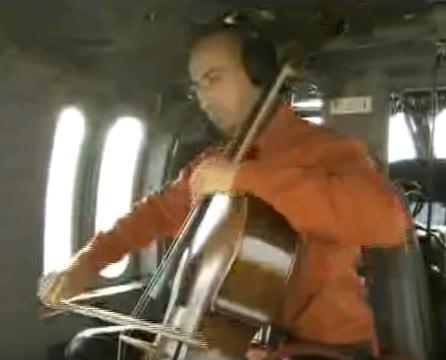 Stockhausen's infamous Helicopter String Quartet - which requires the musicians to play and sing as an ensemble while travelling in four separate helicopters - is performed at the Salzburg Festival in 2003.

The flying quartet is only one part of the composer's opera, Mittwoch aus Licht (Wednesday from Light), a five-hour epic that also features two choirs, live electronic and acoustic music, and more flying solo instrumentalists.

The opera was given its first complete performance at Birmingham’s Argyll Works, a former chemical plant, in August 2012.