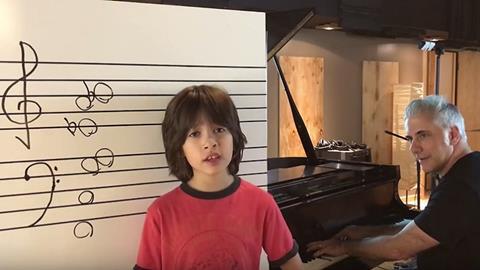 The young musician, who has played the piano for four years, has been tutored by his father, who played him 'High Information Music' daily from the time he was in the womb until he was two years old. His father has since developed his technique into a system called Nuryl.

Read: Ask the Experts - how to help a beginner pupil with intonation issues