The chamber specialist was a member of the Fine Arts, Vermeer and Stanford quartets 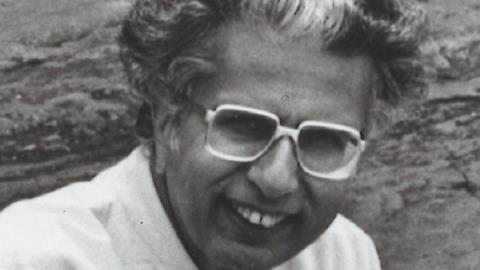 US violist Bernard Zaslav has died aged 90. Best known as a chamber musician, he was a member of the Fine Arts, Vermeer and Stanford quartets among others. Born in New York, he studied under Sascha Jacobsen and Mischa Mischakoff at the Juilliard School, after which he spent two seasons in the string section of the Cleveland Orchestra.

An advocate for new music, Zaslav was a founder member of the Composers Quartet in 1966. With his wife, pianist Naomi Zaslav, he performed as the Zaslav Duo. Among the composers whose works his chamber groups commissioned and premiered were Elliott Carter, Milton Babbitt, Charles Wuorinen, Marc Neikrug, and William Bolcom.

As a tutor he served on the faculties of Columbia University, New York University, the University of Wisconsin–Milwaukee and Stanford University. His autobiography, The Viola in My Life, was published in 2011, and in 2013 his extensive archive of music and memorabilia was introduced into the Primrose International Viola Archive at Brigham Young University in Utah.

He performed on the 1781 ‘Villa’ Guadagnini viola.