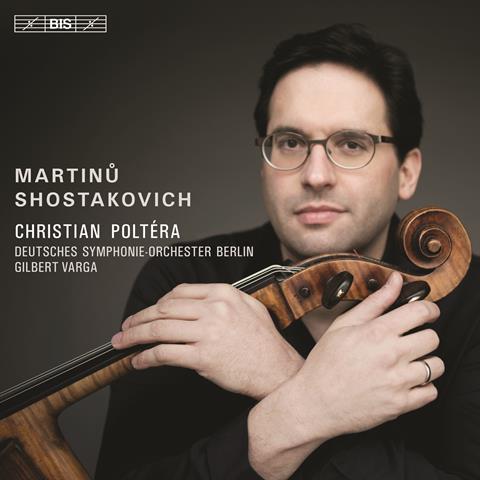 Christian Poltéra and Gilbert Varga prove a really formidable force in elucidating the structural devices present in each of these concertos. For example, the early-music practice of preparation–dissonance–resolution is strongly emphasised in the opening Largo of the Shostakovich, bringing a greater degree of light and shade to this unusually dark work than is often the case. In this brilliant recording, Varga’s careful balancing of the orchestral instruments, often playing at the extremes of their range, opens up the sound and allows the cello to cut through the texture. The dialogues in the closely worked writing are neat and clear with great attention paid to the concerto’s underlying motivic unity. But the approach of soloist and conductor never sacrifices expressive eloquence, and in this regard Poltéra fuses together the intellectual and lyrical aspects of the music; this impacts on its emotional fragrance and serves to strengthen the compositional scaffolding.  Although the Martinů Second Concerto (composed in America in the mid-1940s) is ostensibly more lyrical in character, reflecting the composer’s nostalgia for his homeland, its textures with their omnipresent sprung rhythms are also closely worked, and here vividly drawn. Poltéra’s playing is incredibly taut (so essential in Martinů), making a fervent case for this rather underplayed and undeservedly neglected work.  JOANNE TALBOT