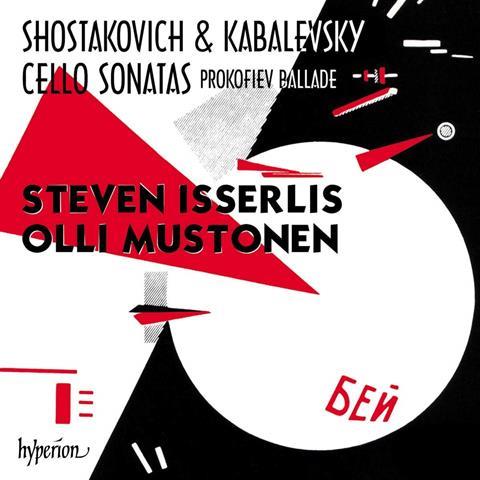 The Cello Sonata by Dmitry Kabalevsky has been in need of a really first-class recording ever since it was written for Rostropovich in 1962, and I wonder if Isserlis and Mustonen have made one that’s better than the piece itself.

Swifter and more athletic even than its dedicatee, Isserlis traces a grand narrative through the Sonata’s post-Romantic progress, and tears into the moto perpetuo Finale with a conviction and impact that casts reservations over its conservative idiom to the four winds.

The pathos of Kabalevsky’s Rondo in Memory of Prokofiev feels genuine, and yet what sets the genius apart from the workman is the skill of saying more than one thing at once without lapsing into parody. Both Prokofiev and Shostakovich were old masters at the craft from an early age, as they had to be in Soviet Russia. Yet Isserlis leaves no room for diffidence in the burning youthful passions of Shostakovich’s Sonata and Prokofiev’s Ballade.

He’s ideally partnered in this regard by Olli Mustonen, whose percussive attack is never neutered by a close and vivid recording that presents both instruments as equal protagonists in an album-long heroic struggle, relieved only by the playful suggestiveness of Cinderella’s Adagio. This is a recording not to be missed.