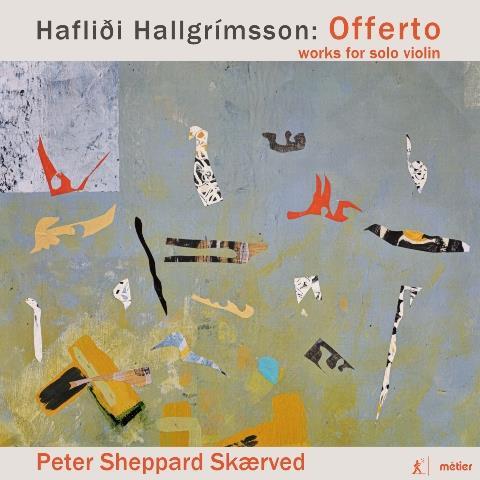 Violinist Peter Sheppard Skærved first asked Icelandic-born, long-time Scottish resident composer Hafliði Hallgrímsson for a few short pieces for solo violin in 2005, for a concert he was about to give in a Mexico City art gallery. Hallgrímsson duly obliged, returning to the pieces several years later and adding a second book. The results are his two volumes of Klee Sketches, brief, tongue-in-cheek, quirky miniatures that seem to capture the homespun, unconventional imagery of the Swiss-born artist (himself a violinist), and which undoubtedly find an ideal interpreter in Sheppard Skærved.

There’s a certain raw directness about some of his playing – in the opening ‘Klee practising an accompaniment for a popular song’, for example – that gives his accounts a rewarding authenticity, and a sense of vivid, unhurried storytelling, too, for instance in the Ligeti-like workout of ‘Klee experimenting with a new scale’ or the remarkable range of colours he uncovers in ‘Do not neglect your pizzicato Herr Klee’. There’s a lot of humour here, and unconventional musical demands that send Sheppard Skærved scurrying into all manner of extended effects, but these are deeply considered musical utterances too – none more so than the gently glowing lullaby of ‘Frau Klee is sleeping’, in two related versions.