Enterprise and imagination make for a very fine cello recital 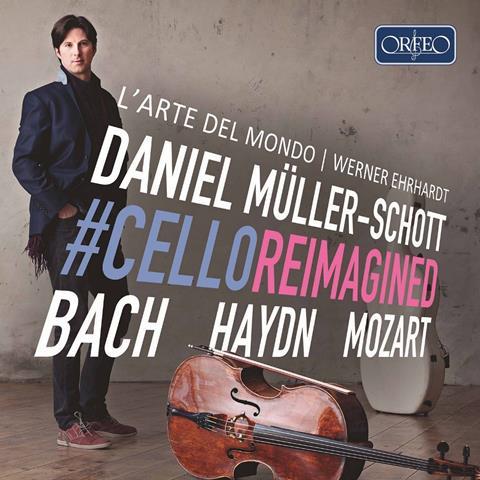 Thinking outside the box obviates a museum culture, and Daniel Müller-Schott has expertly accomplished just that in this hugely engaging release. Bar the C.P.E. Bach Concerto, which in any case exists in other versions by the composer for flute and harpsichord, everything here is transcribed from the original flute or violin versions.

With new scanning software available, this idea of ‘old friend, new face’ is going to become even more widespread, the acid test being whether the figuration transfers naturally to the new instrument. Here, however, everything sounds as if it was originally conceived for cello, with the added bonus of wider tessitural possibilities, which are nicely utilised in these transcriptions and tempered by a beautifully clear recording. Expert and stylish performances from Müller-Schott and the period orchestra L’Arte del Mondo present a magical partnership, tasteful playing coupled with judiciously elegant shaping of phrases.

The Mozart flute/oboe concerto already exists in a version for cello by Alfred Einstein and Emanuel Feuermann. But here Müller-Schott sensibly opts to perform the concerto’s original slow movement as opposed to the one in the Einstein version, which is curiously taken from a divertimento. The only original work for cello by C.P.E. Bach ought, on merit, to be a major visitor to the concert platform, the invention teeming with vitality and boasting an exquisitely poignant slow movement. Here the performers are never less than utterly persuasive advocates. All in all, a brilliantly executed, beautifully recorded and tremendously enterprising project.