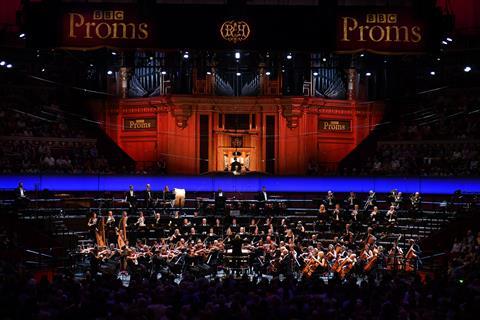 John Adams’s Short Ride in a Fast Machine – explosive and dramatic – made the perfect prelude to the BBC Proms debut of charismatic soloist Nemanja Radulović on 21 July, with the Bournemouth Symphony Orchestra. The Franco–Serbian violinist looked very much the wild child with his flowing locks, black jeans and tail coat. Yet his performance of Barber’s Violin Concerto was delicacy itself, under the decisive baton of Kirill Karabits.

In the feather-light opening, the violin’s dreamy wanderings were spun with ease and expressive flair. The hall’s patchy acoustic meant that, for me, Radulović was occasionally in danger of being overwhelmed by the forces of the orchestra in the most reflective moments, but he was undaunted, laying into the second movement’s rich themes with ardour, and keeping up the frantic pace of the final helter-skelter Presto with exhilarating urgency and passion. In a gorgeously theatrical encore, Radulović joined the orchestra’s front desks for a scampering, foot-stomping Serbian folk dance.

A gripping performance of Holst’s Planets in the second half formed a perfect counterbalance to the opening of the Prom on 22 July – the UK premiere of Metacosmos, by Icelandic composer Anna Thorvaldsdottir. This mesmerising piece, exploring the ideas of black holes, powerlessness and beauty, was vast in scope, with its intricate, grinding textures and sorrowful melodies.

James Ehnes was on characteristically rich-voiced form in Britten’s Violin Concerto, a work much influenced by Berg. Under the powerful direction of Edward Gardner, Ehnes captured just the right degree of sweetness and underlying menace in the music, and the Orchestra of the Royal Academy of Music and the Juilliard School played with freshness coupled with impeccable precision. Ehnes’s cadenza was fiendish and lovely, and the steely power of the final movement underlined the violinist’s reputation as a player of real expressive eloquence.

After the tumultuous Britten, the clean lines of the encore – the third movement of Bach’s Sonata no.2, played with the utmost attention to detail – were deliciously refreshing, Ehnes showing his mastery in teasing out its deceptively simple lines. A riotous Rite of Spring gave the youthful orchestra further opportunity to demonstrate its unfailing mix of fastidiousness and fire. 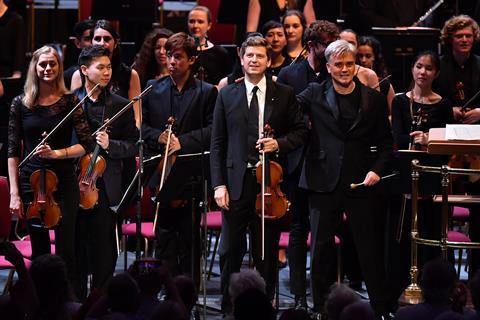