Book review: Listening Through the Lens 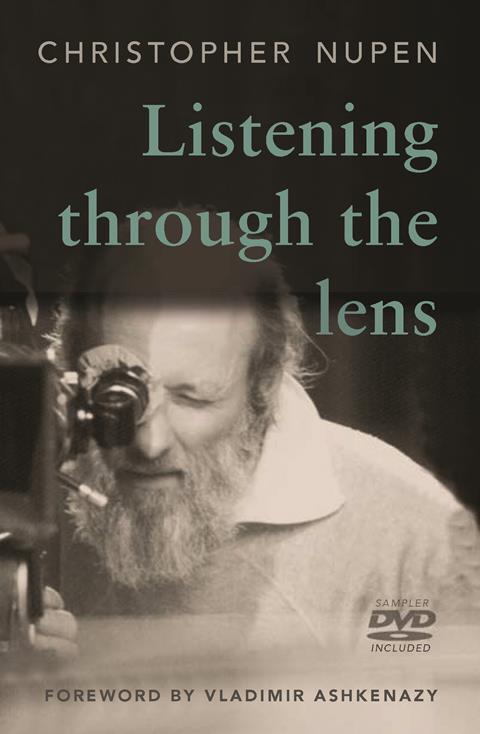 Listening Through the Lens

Listening Through the Lens

There can be few musicians of a certain age who haven’t seen at least one of Christopher Nupen’s trailblazing films. He was (and remains) the gold standard for capturing unforgettable audiovisual images of classical musicians on celluloid. In contrast to the many earnest but often painfully dull and strained attempts at the genre, both before and since, Nupen has managed to create an extraordinary sense of occasion and atmosphere. At his finest he sweeps us along with an infectious energy and wonderment that captures the essence of inspired musical endeavour.

Watching virtually any of his films from the golden era of the 1960s and 70s – most notably those featuring Vladimir Ashkenazy, Daniel Barenboim, Itzhak Perlman, Jacqueline du Pré and Pinchas Zukerman – is to experience ‘fly-on-the-wall’ documentary film-making at its best. The accompanying DVD offers us tantalisingly short glimpses of his most celebrated titles – including composer portraits of Sibelius, Tchaikovsky, Schubert and Paganini – which also serve as a telling reminder of how vital Nupen’s deftly articulate narrative voice was to the success of these ventures.

In Listening Through the Lens Nupen turns out to be as captivating a writer as he is a film-maker. The openness and honesty that mark out his professional work can be sensed throughout this extraordinarily candid memoir, perhaps most poignantly when recollecting the events surrounding the death of his wife Diana from cancer at the tragically early age of 39. Yet if there’s one special quality that shines through, it is Nupen’s generosity of spirit. He emerges as someone vastly more interested in and captivated by people other than himself.

He is also a first-rate storyteller with an unfailing instinct for quotation. Of the many outstanding examples, I was especially struck by his mentor Huw Wheldon’s comments on the state of television in the mid-1980s, including the telling observation that ‘the only thing to do is to find talented people and let them have their heads. You will either have success or you will have failure or perhaps something in between, but if you interfere you are certain to land yourself with mediocrity.’ Wheldon could hardly have wished for a more eloquent exponent of that philosophy than Nupen himself.