Triple bonus with dramatic yet touching Beethoven from star soloists 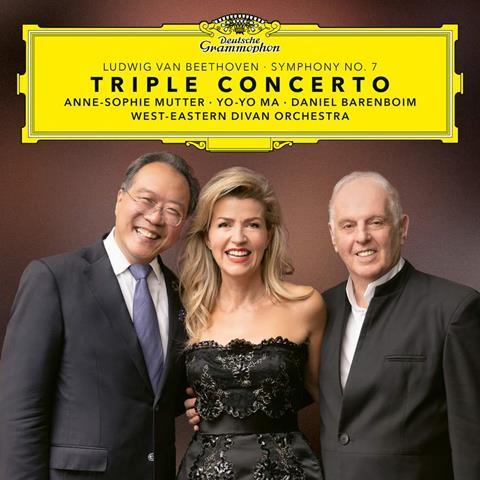 For its 20th birthday last October, the West–Eastern Divan Orchestra invited Anne-Sophie Mutter and Yo-Yo Ma to the Berlin Philharmonie for a performance of the Cinderella among Beethoven’s concertos, the ‘Triple’. With the orchestra’s founding conductor directing from the keyboard, this is a reading that’s big on character – indeed, three of the biggest musical characters around. The two string soloists go for maximum excitement, unafraid to sacrifice pure tonal beauty for high drama, tugging at the tempo and living at the limits of their instruments. That’s not to say there isn’t subtlety, too, with some genuinely touching music making in the central slow movement, even if the finale dances with Doc Martens rather than ballet shoes. Mutter and Ma are inescapably the stars, the microphones focusing in on them at the expense of the orchestra, breath sounds, finger noise and all.

The Seventh Symphony (from Buenos Aires last July) is less happy. Perhaps it was the last item in a strenuous concert; but the orchestra feels inclined to sit back on the beat, robbing the first movement’s Vivace and the scherzo of any sense of Beethovenian danger. Again it’s the slow movement that fares best, minutely contoured and lovingly shaped. But a fluffed call to attention sets the scene for a finale that never finds its groove and flags before the end. Worth hearing nevertheless for the dramatic, intensely sung ‘Triple’, even if it’s unlikely to be anyone’s ultimate library choice.