In this extract from the January 2022 issue, Charlotte Gardner speaks to representatives from the City Music Foundation and Young Artists Classical Trust about how young artists can emerge from the pandemic successfully 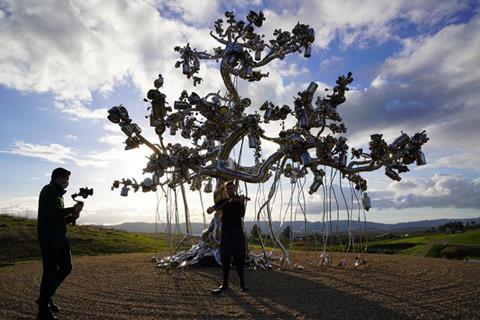 The following extract is from The Strad’s January 2022 issue  feature ‘Covid-19 and young musicians: What you make of it’. To read it in full, click here  to subscribe and login. The January 2022 digital magazine  and print edition  are on sale now

With concert promoters, the story is that some are pressing ahead while others are being much more cautious. For the youngest artists, tightened belts may present opportunities, as they’re the cheapest to book, but that’s only to your advantage if you really are still a relative unknown. ‘The trouble is that some of our artists are graduating from the “emerging” category to “emerged”,’ points out City Music Foundation managing director Dr ClareTaylor, ‘and that middle group is really hard to cater for, because they’re not cheaper any more. Or they don’t think they should be, and yet they’re not yet quite headline acts.’

Alasdair Tait from the Young Classical Artists Trust (YCat) continues that thread. ‘I feel that there’s a real sandwich effect for a certain generation of young artists. You’ve got the more established younger artists who were already making a really big name for themselves but who are now going back to basics and reintroducing themselves – maybe starting to look for opportunities that they feel they left behind. At the same time you’ve got the next tranche coming up whose studies were affected, but actually their career trajectory hasn’t been.’

So, what should young artists be doing now either to establish or to re-establish themselves as the world reopens? ‘My personal advice is to get closer to other artists,’ says Girardin. ‘Being connected to others is a far more efficient way to get spotted by producers. It’s more and more difficult for someone who is completely alone.’

Tait’s immediate response is equally about networking. ‘At the moment, it’s about young artists maintaining as many of their own personal connections as they can,’ he emphasises. ‘Every musician, even if they think they’re totally isolated, will have already met a lot of people through their musical life. If they can maintain their own profile, not overselling themselves, but just keeping motivated and part of a network of colleagues, that’s so helpful. It’s so overcrowded at the moment that anyone in a position to be able to offer either an opportunity or advice is inundated with so many people that their entire job is about filtering who they then make contact with, rather than about looking for more people.’

It’s also about creativity. ‘I think you’ve got to think outside the box a bit more to rise above the parapet,’ states Rivers. ‘It has to be genuine, but if you can do that, it makes you more interesting, as you have more to say.’

What seems abundantly clear is that young artist schemes are more valuable than ever. As Tait puts it, ‘From giving promoters the confidence to book a young artist when they don’t know them, to being the non-financially motivated agent who can help an artist develop while building international recognition, we take the risk out of working with young artists for the managers. Quite a few of our artists in the last year have been moving on to some of the top ones.’

Plus, while there aren’t enough spaces for everyone, in some quarters Covid has seen expansion rather than contraction. In 2020, CMF saw a rise in artists applying to audition, and accepted ten rather than its customary seven or eight. In 2021 it took eleven. ‘The need for our support seems to be greater than ever,’ explains Taylor. ‘I worked hard on the fundraising last year, and I don’t see the point in belt tightening. The artists really want to be part of things, we know we can help them, so let’s do it.’

Read: Covid-19 and young musicians: What you make of it