‘A lower saddle, a Classical-style tailpiece and bridge, a tailgut and gut strings’ 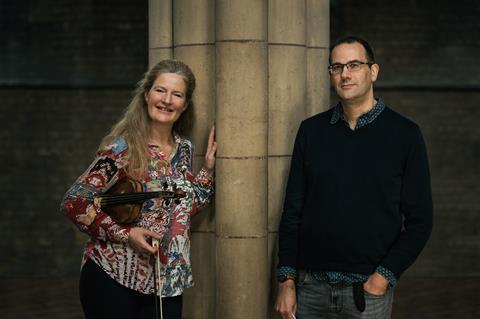 The following extract is from The Strad’s April 2022 issue Session Report ‘A Meeting at the Crossroads’. To read it in full, click here  to subscribe and login. The April 2022 digital magazine  and print edition  are on sale now

Both musicians borrowed from the instrumental collection of London’s Royal Academy of Music for the album. Podger plays on the 1718 ‘Maurin’ Stradivari, and Glynn on an 1840 Érard. ‘Barbara Meyer, curator of instruments at the RAM, made a number of adjustments to the set-up to bring it as close as possible to that of a late 18th- or early 19th-century instrument,’ explains Podger.

‘Although opening up the instrument and changing the angle of the neck was not on the cards, the “Maurin” had to get used to a lower saddle, a Classical-style tailpiece and bridge, a tailgut and gut strings. It didn’t complain at all, and in fact was very easy-going about these changes. I loved playing it, and it in turn gave me some lovely warm sounds and plenty of colours to enjoy!’

It in turn gave me some lovely warm sounds and plenty of colours to enjoy!

For Glynn, the Érard instrument shone new light on the repertoire. ‘One of the things you find on these early pianos is that instead of having a homogeneous sound across the keyboard, there’s a real sense of differing registers and colours. Suddenly, the minute you play music from the late 18th and early 19th centuries it begins to make sense.

’Another aspect is that the bass is much less thick, so suddenly those quite fully written chords of Beethoven become contextualised, and the lighter touch enables real attention to detail on all those articulation markings within the score. In this case, it was very much that the instruments were informing us as to how to play the music, giving a fresh perspective on the repertoire.’

What do both artists hope to add to the canon of recordings of these well-trodden works? ‘For me, there was a real sense of spontaneity to the process of recording them,’ says Glynn. ‘And, within this, a bringing-out of humour and light that can become submerged beneath the greatness of Beethoven’s music.’

And Podger? ‘Recording famous and well-known repertoire is always a big deal,’ she says, ‘which in fact I try not to think about too much. For me, it’s about the exploration of this music from a particular angle, trying to get as close as I can to show its extreme beauty, rawness and drama.’