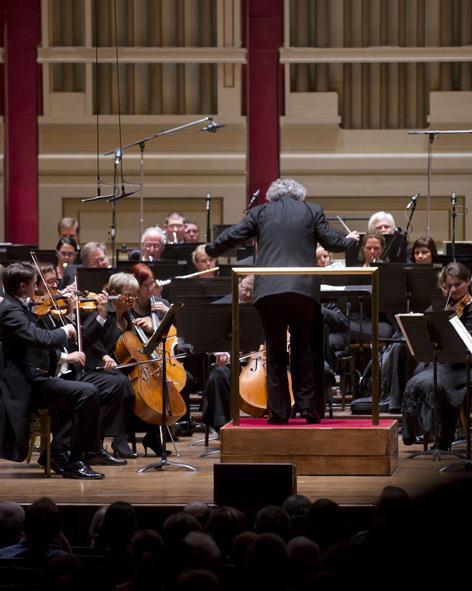 The Pittsburgh Symphony Orchestra has accepted a $1.2m gift that will support salary increases for its 99 musicians. The benefactors, retired couple Pat and Michele Atkins, were impressed that the musicians had taken a 9.7 per cent pay cut in 2011 and wanted to contribute to pay rises in the musicians' new contracts.

The $1.2m restricted gift will be distributed over the next three years, during which time the musicians' base pay will rise by 4 per cent to $104,114 for 2013–14, then remain static for a year, before rising by 3 per cent in the final year of the contract.

The couple said in a statement: 'When we heard that the musicians chose to take a pay reduction to ensure that the orchestra would remain a strong and vital institution in this region, we knew we wanted to recognize their sacrifice. We wanted to make a stretch gift to signal that these musicians are worthy of support and recognition. They do so much to make our community thrive.'

The donation comes as the orchestra battles financial pressures caused by a decline in state funding and a sharp drop in its endowment between 2008 and 2009. Although the endowment has since rebounded, the orchestra's deficit almost tripled from around $1m in 2011 to $2.9m in 2012. James Wilkinson, the Pittsburgh Symphony Orchestra's president and CEO, said: 'This gift is one very important step as we strive to reach a repeatable balanced budget by 2015.'