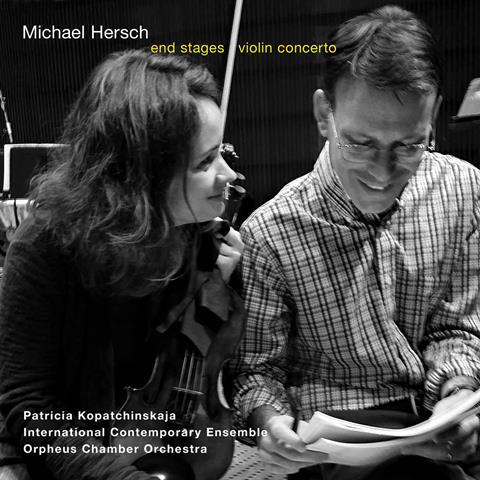 Violinist Patricia Kopatchinskaja came across the music of contemporary US composer Michael Hersch entirely by chance, this compelling new CD’s booklet notes tell us. But the Violin Concerto that forms the disc’s raw, gripping high point is just one of several works she’s now commissioned from him.

In the Concerto’s first movement alone, its clangorous, furious chords, its brutal clusters and its screaming wind and brass make even a composer like Galina Ustvolskaya seem tame.

She finds moments of dark lyricism in the second movement’s relentless ratcheting-up of tension, and she gives impassioned outbursts of fulsome sound in the lengthy, ruminative third movement. This is music you surrender to fully or not at all – its inspiration in the death of a friend and Hersch’s own brush with mortality are plain to hear.

And with her unashamed theatricality, Kopatchinskaja is the ideal interpreter.

Watch a video of Patricia Kopatchinskaja taking on and talking about the role of Pierrot Lunaire.