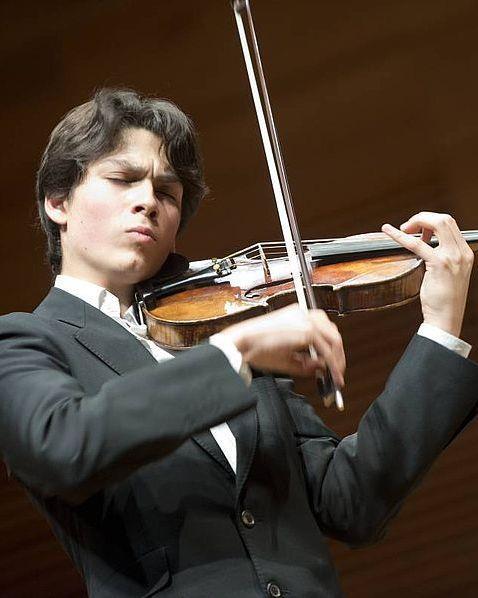 No first prize was awarded at the Third Mirecourt International Violin Competition in France yesterday. Instead the international jury, headed by violinist Pavel Vernikov, gave second prize jointly to 16-year-old Nathan Mierdl (pictured) of France/Germany and to 22-year-old Jian Ren from China, who also received the audience prize. Both Mierdl and Ren were awarded €3,000.

Third prize worth €1,000, plus a modern bow from Yannick Le Canu valued at €4,000 for the ‘most impressive personality’, went to 15-year-old Elena Cotrone of France/Taiwan. Fourth prize went to 19-year-old Leon Keuffer of Brazil.

Each of the four finalists performed a Romantic concerto with the Orchestre Symphonique et Lyrique de Nancy conducted by Rani Calderon in the Thaon-les-Vosges.

Nathan Mierdl was a first prize winner at last year’s Louis Spohr Violin Competition, held at The Liszt School of Music in Weimar, Germany, while Jian Ren, a former Chetham’s School of Music pupil, is currently studying at the Royal College of Music in London.