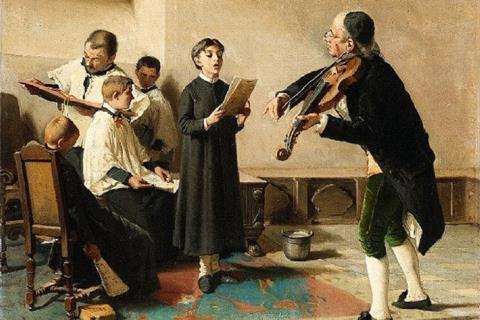 The Music Lesson by Carlo Ademollo

According to research by the University of Sussex, music education is at significant risk of disappearing. Academics from the University’s School of Education and Social Work surveyed almost 500 schools this summer. The research discovered:

Dr Ally Daubney, Senior Teaching Fellow in Education at the University of Sussex, said: ‘Having warned in 2016 that performance measures and funding cuts risk making music education in school extinct, our recent research highlights that the situation is now at crisis point in many secondary schools.’ She continued: ‘we need to act now in order to reverse this decline and find ways to support schools to offer a sustained music education for all.’