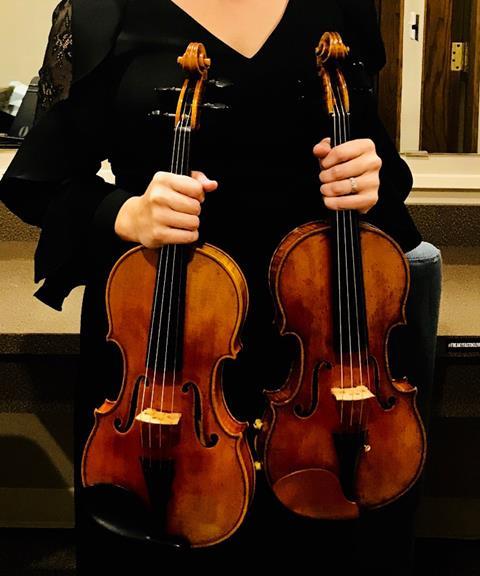 The International Violin Competition of Indianapolis (IVCI) has announced the winners of its ‘21st-century Violin Search’, which aims to discover the finest violins created this century. The winners, who will see their instruments bought by the IVCI and offered on loan to the laureates of the 2018 Competition, are Paul Crowley of Brooklyn, NY, US, and Phillip Ihle of London, UK. Three runners-up were also named: Benjamin Ruth of Boston, MA, US; Feng Jiang of Ann Arbor, MI, US, and Felix Krafft of Berlin, Germany.

Crowley began as a guitar maker and graduated from the North Bennet Street School’s violin making and restoration programme in 2002. He then worked with Michele Ashley and Marco Coppiardi for several years before heading out on his own. He has made more than a hundred violins, violas and cellos over the course of his career so far, and is a member of both the American Federation of Violin and Bow Makers and Violin Society of America.

Ihle trained in Cremona, Italy, and worked at the Wilhelm Geigenbau in Switzerland specialising in maintenance, repair and sound adjustment. During his time working at Florian Leonhard Fine Violins in London he began creating copies of fine old instruments with the occasional replacement of a missing scroll or table for fine instruments. He worked with Mark Wilhelm in Switzerland for two years and opened his workshop in central London in 2013. Earlier this year he took up the position of The Strad’s lutherie consultant.

According to Ihle, ‘Claudia Fritz worked out the protocol together with Joseph Curtin, and it does not stop here,’ said Ihle. ‘A team of acoustic people will measure and publish their findings on the most successful violins to the public in the next six months. This will certainly be beneficial to the violin making community as a whole, sharing and lifting the standard of contemporary making further.’

A total of 45 luthiers entered the contest, from the US, UK, Canada, Germany, Iceland, Italy, Switzerland and Ukraine. The IVCI will purchase two of the top-ranked violins to add to its collection. These violins, along with the 1683 ’ex-Gingold’ Stradivarius, will be loaned to 2018 Laureates for a period of four years as part of their prize.