The award for classical music in Germany celebrates recordings from a range of instrumentalists, ensembles and singers 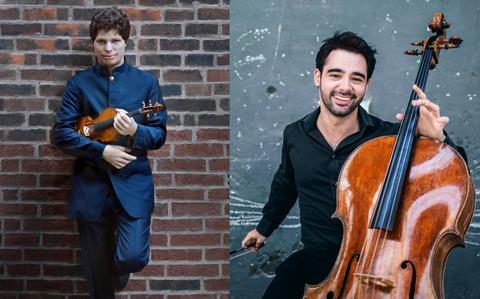 Hadelich was nominated for his recent release of Bohemian Tales and Ferrández for is album Reflections. The prize is awarded on behalf of the Association for the Promotion of Classic Music and aims to celebrate the achievements of classical musicians in Germany.

Other string-playing recipients include cello da spalla player Sergey Malov for his recording of Bach’s Six Suites for Solo Cello, violist Tabea Zimmermann for her recording Solo II and Quatuor Ébène for their recording of the complete Beethoven string quartets.

The award ceremony will take place on 10 October at the Berlin Concert Hall.