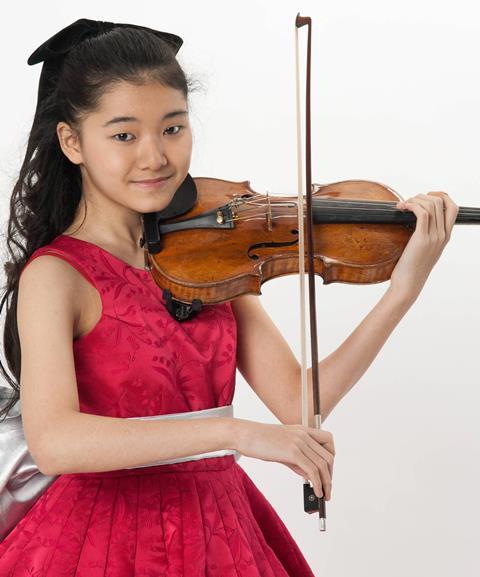 Mone Hattori from Japan was yesterday named the winner of the inaugural Boris Goldstein International Violin Competition in Bern, Switzerland. The 15-year-old receives the Grand Prix and a cash award of CHF15,000 (£9,800).

Launched by Professor Zakhar Bron in honour of the violinist’s former instructor, Boris Goldstein, this year’s competition began on 22 January, with the finals taking place on 28 and 29 January. The Closing Ceremony and Prize-winner’s Concert take place today at the Yehudi Menuhin Forum, Bern.

Each of the seven finalists, selected from a second-round field of 14, performed a Mozart violin concerto and one of the larger Romantic concertos, while compulsory repertoire across two preliminary rounds included unaccompanied Bach and selected Paganini Caprices.

Videos of the performances are available at boris-goldstein-competition.com.