Chicago-based violin maker and restorer had a 75-year career 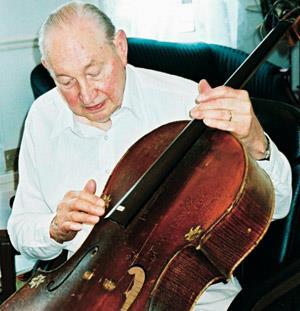 Carl F. Becker has died at the age of 93. The respected instrument maker, part of a five-generation dynasty of luthiers, had a great influence on US violin making: Peter Beare, Eric Benning, Charles Rufino, Sebastian Zens and Sam Zygmuntowicz are some of the luthiers who trained under Becker’s guidance.

Becker was born in 1919, the son of luthier Carl G. Becker. He began his career as a violin maker at the age of 17, working alongside his father at the Chicago firm William Lewis and Son. The first ‘Carl Becker and Son’ label appeared in 1948, and the two continued to make instruments together for 25 years. When the Lewis shop closed in 1968, the Beckers opened their own family business, which continues today under the guidance of Becker’s son Paul.

In a 2004 interview for The Strad, Becker characterised the secret to the family’s success: ‘We keep an open mind. We have always been, and still are, open to any new idea that we can come up with.’ He also said: ‘Within our limits we will lean in certain directions, but will not make something outlandishly different from our normal style.’ His son Paul and daughter Jennifer continue to work as violin makers in Chicago and St Paul, Minnesota, respectively.