In Focus: an 1817 cello by Giacomo Rivolta

Christopher Reuning examines an insturment by the Novara-born maker, with photos by Matthew Tolzmann, in an article from February 2007 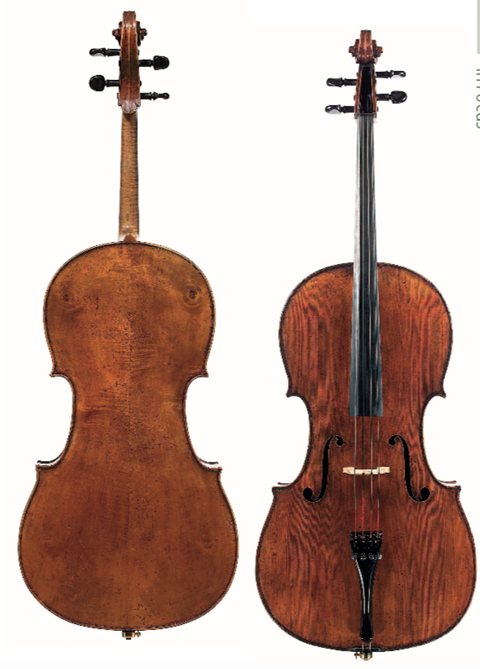 Giacomo Rivolta was born in Novara in 1770. Around 1790 he moved to Milan, where he first made his mark as a maker of lyres and guitars. Over his lifetime, however, he was most prolific as a maker of violas, cellos and basses (his earliest-known instruments are two violas dated 1816). I have inventoried twelve violas, seven cellos and five basses, but only two violins, although in a letter from 1818, Rivolta reports that he had made four violins, four violas, four cellos and a bass.

Under the patronage of Count Cozio di Salabue, who lent him forms, patterns and other materials from the Stradivari workshop, Rivolta became the first northern Italian maker in some time to deliberately ‘make a Strad’. This 1817 cello, the earliest example I have found, closely follows Stradivari’s forma B piccola pattern and is the model that Rivolta used throughout his career. 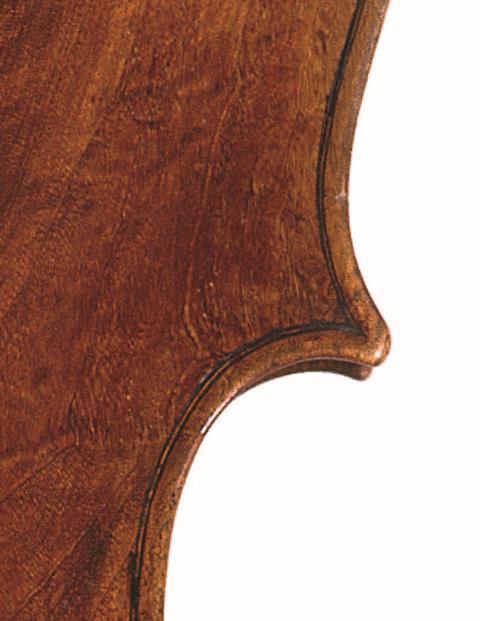 Many of Rivolta’s instruments were made from native wood that often had knots, root figures, irregular slab patterns and small worm-holes. This cello’s back is typical: at the upper extremes it has two prominent knots that Wurlitzer said are ‘like eyes’. The cello is neatly purfled with poplar and ebony. The purfling bisects the pins (a Stradivari style that Cozio’s more famous protégé, Guadagnini, never adopted). The channelling is deeply worked with a distinct crest to the edge.

The soundholes, which closely follow Stradivari, have typically round Cremonese holes and the wings have rather deep flutes that run through the ends. The notches have a simple V-shape, which is unlike Stradivari. The thin varnish has a good oily texture and a pleasant orange-brown colour. 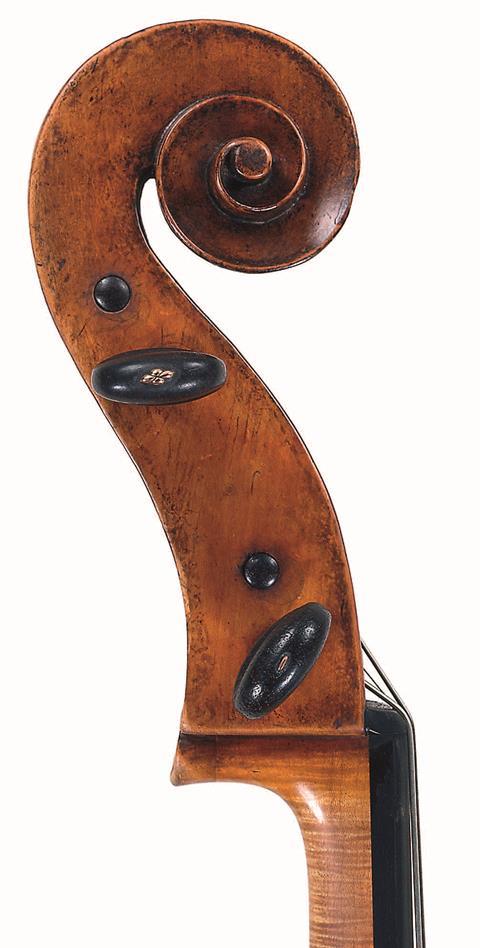 The scroll, also based on a Stradivari pattern, has blackened chamfers and a rather open throat. As is typical for Cremonese pegboxes, the cheeks are set at a 90-degree angle to the neck. The linings are from willow and are set into the willow corner-blocks.

The cello was sold by Hill to H.T. Humpidge of Shrewsbury in 1920, after which it went to Wurlitzer in New York. Since then, it has had four additional American owners, each of whom acquired the cello from Wurlitzer.