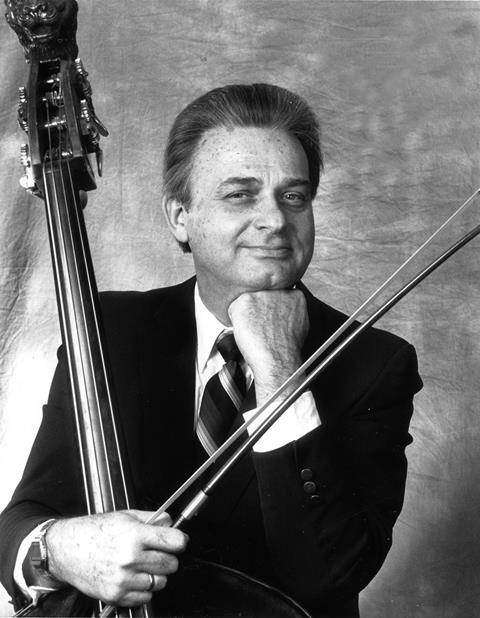 Hurst (pictured) was chair of the string department at Indiana University Jacobs School of Music from 1987 to 2012, and served as president of the ISB from 1993 to 1995. He is the previous recipient of several teaching honours, including the Artist Teacher Award from the American String Teachers Association in 2005, and in 2006 the ISB's Special Recognition Award for teaching.

Hurst took up the bass at the age of 13. He began his professional career as principal bassist of the Dallas Symphony Orchestra under Georg Solti. He joined the faculty of the University of Michigan School of Music in 1964, and in 1967 began teaching at the National Music Camp in Michigan (now the Interlochen Arts Camp). He joined the Jacobs School of Music faculty in 1986. After his retirement in June 2012 his former students established a scholarship and annual medal for double bassists in his name.