The Canadian violinist will begin his role with a masterclass on 15 June 2017, broadcast live on the Academy's Facebook page 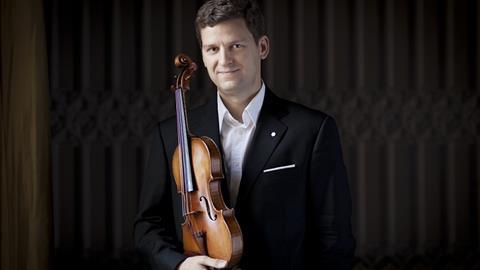 James Ehnes is to join London's Royal Academy of Music as a visiting professor of violin and will begin his role with a masterclass on 15 June 2017, broadcast live on the Academy's Facebook page.

The Canadian violinist has visited the music school on a number of occasions over the past few years, giving masterclasses and a Barbirolli Lecture on his life in music.

‘James has become a much-valued friend to the Strings Department over recent years,' said head of strings Jo Cole. 'He has shared his musical vision, not only in inspiring masterclasses, but also mentoring and supporting individual students as they prepare for major performances outside the Academy. I am thrilled that this warm relationship can be recognised with a title, and look forward to continued years of hugely enjoyable and rewarding meetings and classes.’