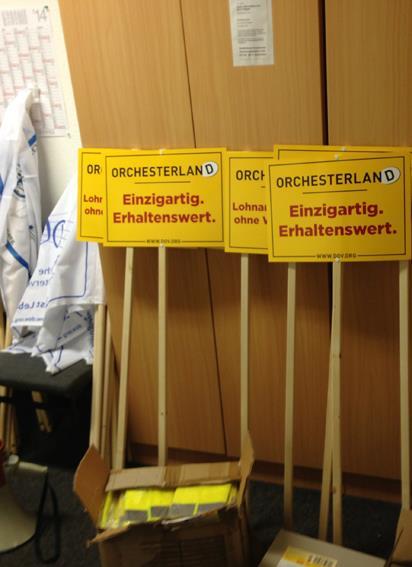 After years of campaigning by the German Orchestra Union (DOV), Germany’s ‘theatrical and orchestral landscape’ has been recognised by UNESCO as ‘intangible cultural heritage’.

The move follows decades of mergers and closures throughout the country – since 1992, 37 of its 168 publicly financed concert, opera, chamber and radio orchestras have been either dissolved or amalgamated with others. A one-day strike in September 2013 by more than 100 orchestras increased public awareness of the issue and was the starting point for a new national campaign, Orchesterland-D: Einzigartig. Erhaltenswert (Orchestraland Germany: unique and worth preserving).

‘The addition of German theatres and orchestras in the nationwide list of intangible cultural heritage is a great success for the cultural diversity in our country,’ said Professor Christian Hoeppner, Secretary General of the German Music Council. ‘After years of shrinking resources, this is a clear signal to all policy makers that the nation’s orchestral landscape deserves further investment as a cultural treasure’

The proposal to UNESCO was put forward by the German Music Council in cooperation with the German Orchestra Union and German Theatre Association.